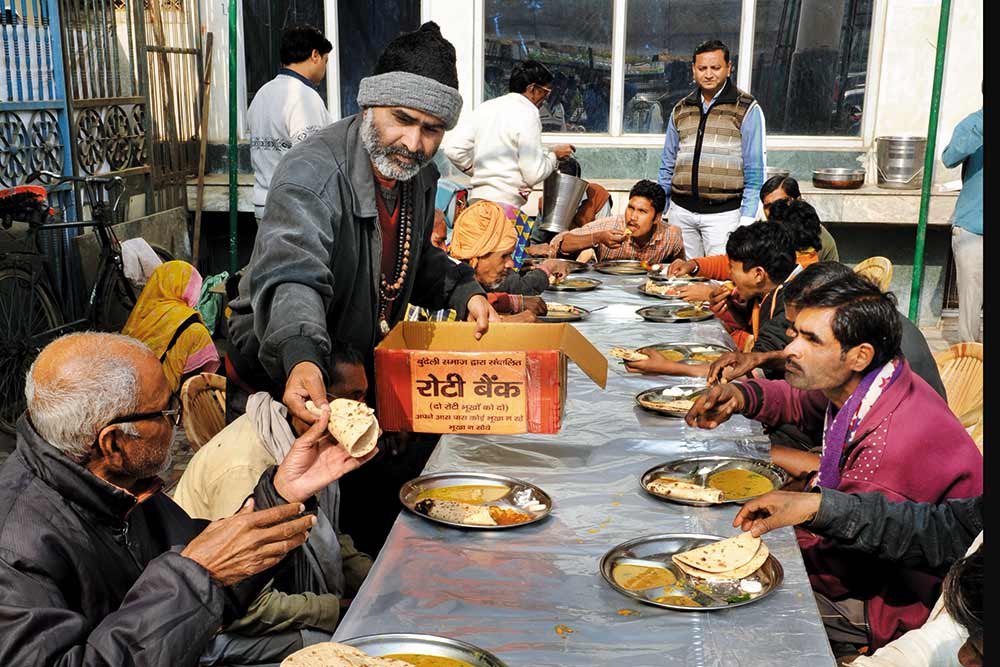 At Aalha-Udal Chowk in Mahoba, hoardings welcome politicians and advertise jaagran shivirs (spiritual awakening camps). There is a sit-in too at the chowk—named after two warrior brothers of the region’s folklore—for a separate Bundelkhand state, which has clocked 536 days. About 10 people are sitting under the banner of Bundeli Samaj; Jai Bundelkhand is their preferred salutation. The Bundelkhand region comprises over a dozen districts, including Mahoba, in Uttar Pradesh and Madhya Pradesh.

Among the demonstrators is 49-year-old Tara Patkar, the convener of Bundeli Samaj. Bearded, barefoot and wearing a rosary with a portrait of Osho, Patkar’s appearance is striking. A journalist for over 20 years in Lucknow, he quit his job in 2015, returned to his native place, Mahoba, and resolved to walk barefoot until the district gets a medical college. “In Lucknow, there are many people to fight for the cause, but there are a few here,” says Patkar. A separate state will bring the government’s attention to the region that, he...