Now It's Bureaucrats First, How COVID-19 Has Changed Narendra Modi's Style Of Governance

While PM's office remains firmly in the saddle, ministers and bureaucrats have become the face of the government’s fight against coronavirus 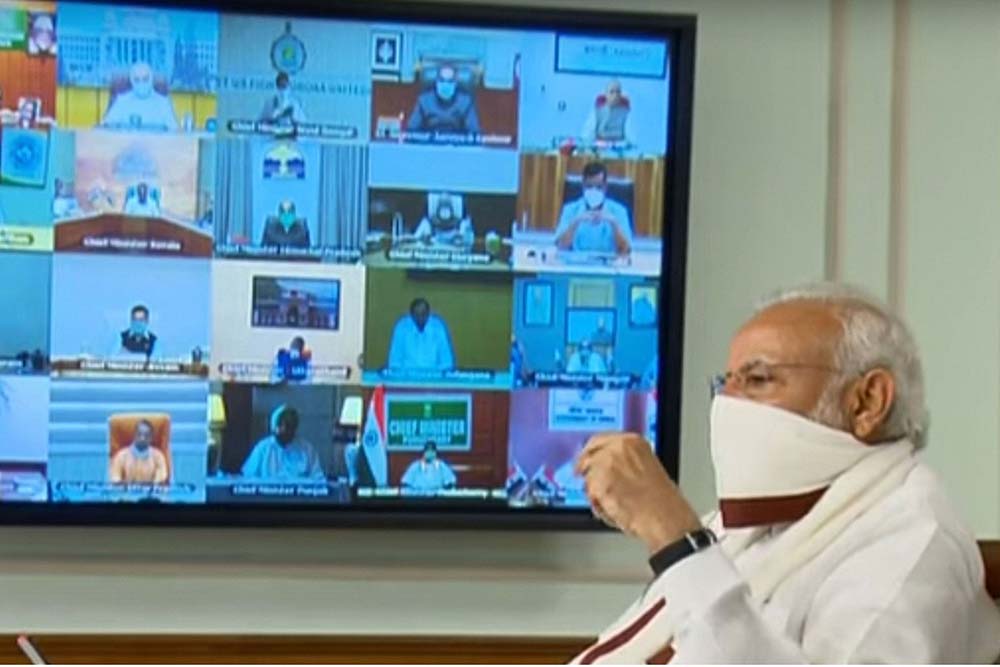 After initiating the discussion with chief ministers on handling the nationwide lockdown and making his opening remarks on April 11, PM Narendra Modi handed over the proceedings to home minister Amit Shah to moderate. Though Centre-state relations come under the purview of Shah’s ministry, the CMs were taken by surprise when he took charge of the video conference. He had been present in their earlier meetings with the PM too—on March 20 and April 2—but except urging the states to implement the lockdown strictly at the second meeting, Shah had mostly been silent. Much like the other two ministers participating in the meeting—defence minister Rajnath Singh and health minister Dr Harsh Vardhan, along with the principal secretary to the PM, the cabinet secretary, the home secretary, the health secretary and the DG of Indian Council of Medical Research.

Asking Shah to moderate the meeting would not have been seen as significant in the normal course as his ministry is at the forefront of enforcing the lockdown and coordinating with the states. However, it...