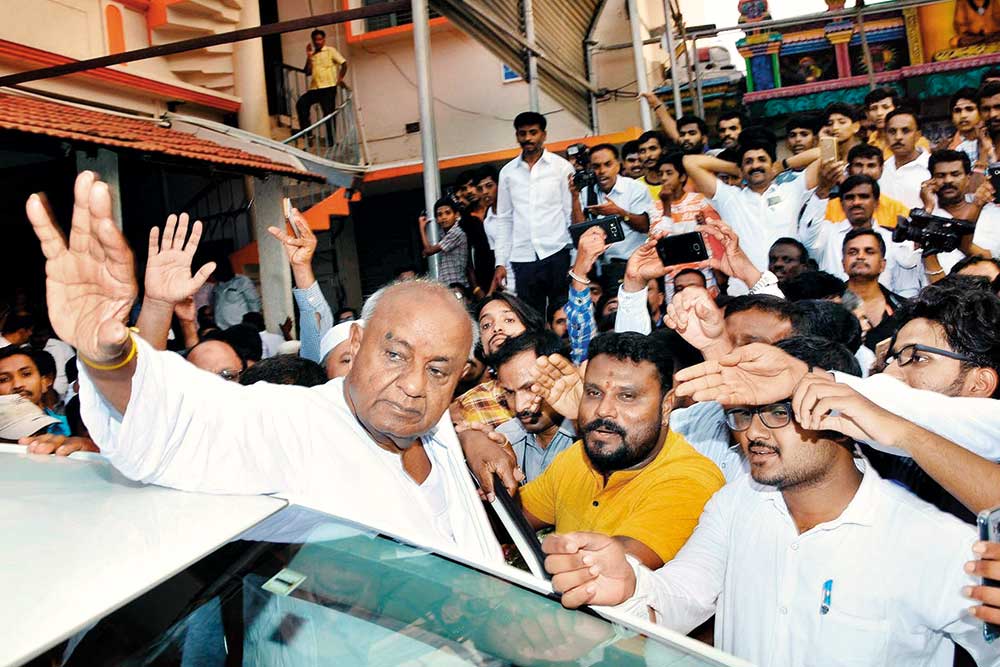 Hard-Workin’ Grandpa
Gowda on the campaign trail in Tumkur

It’s only 7 am, but guests have already begun trickling into the guest house in Tumkur, where H.D. Deve Gowda is up and bright, brow­sing newspapers and sipping coffee. At 85, the political veteran is foraying into new territory. This is the first time he is contesting from Tumkur, where his party last won a Lok Sabha election in 1996­, the year he became Prime Minister. Over the past few weeks, he has also been busy crisscrossing southern Karnataka, which goes to polls on April 18.

“There is malicious propaganda against me, but it won’t carry any weight as people are not going to take it seriously,” Gowda tells Outlook. He is referring to the BJP playing the dynasty politics card—Gowda’s grandsons, Praj­wal Rev­anna and Nikhil Kumara­swamy, are contesting from the neighbouring seats, Hassan and Mandya respectively. “There used to be an HMT watch factory in Tumkur. It shut down, didn’t it?” remarks a BJP campaigner during a roadshow in Gubbi. “Now, people will shut down another...