Not Quite Neat! Why National Eligibility-Cum-Entrance Test Fails To Respect Merit

State quotas are defeating the very purpose of the all-India medical entrance examination (NEET). Domicile, not merit, is ruining the dreams of thousands of aspiring doctors 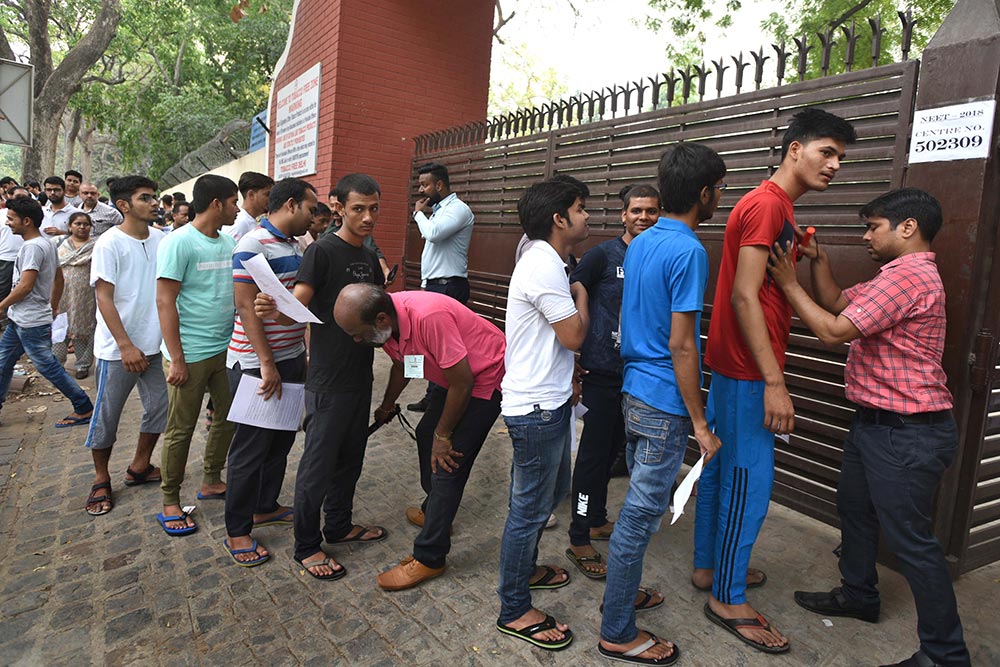 It couldn’t have been a punchier slogan than this—One Nation, One Merit, One Examination. It couldn’t have been phrased better to promise wings to thousands of youngsters dreaming of a career in medicine, surgery or dentistry. The ones aching to take the Hippocratic oath after proving their merit and rigour. The “oneness” was also the sole argument for implementing the National Eligibility-cum-Entrance Test (NEET) in 2016 for admission to medical colleges in the country. Less than three years on, the exam appears to be in a muddle. Merit—as it happens always—has been relegated to the sidelines, while a ‘domicile’ criterion has become the overriding touchtone for the national test conceived to cut all things retrograde to India’s already dysfunctional medical education, starting with enrolment of students. Things have come to such a pass now that states are reserving seats for their ‘domicile’ candidates even in private colleges.

Several experts are of the view that the states are harkening back to the...