Branded anti-national, the only voices of reason that urge caution post Pulwama have gone unheard 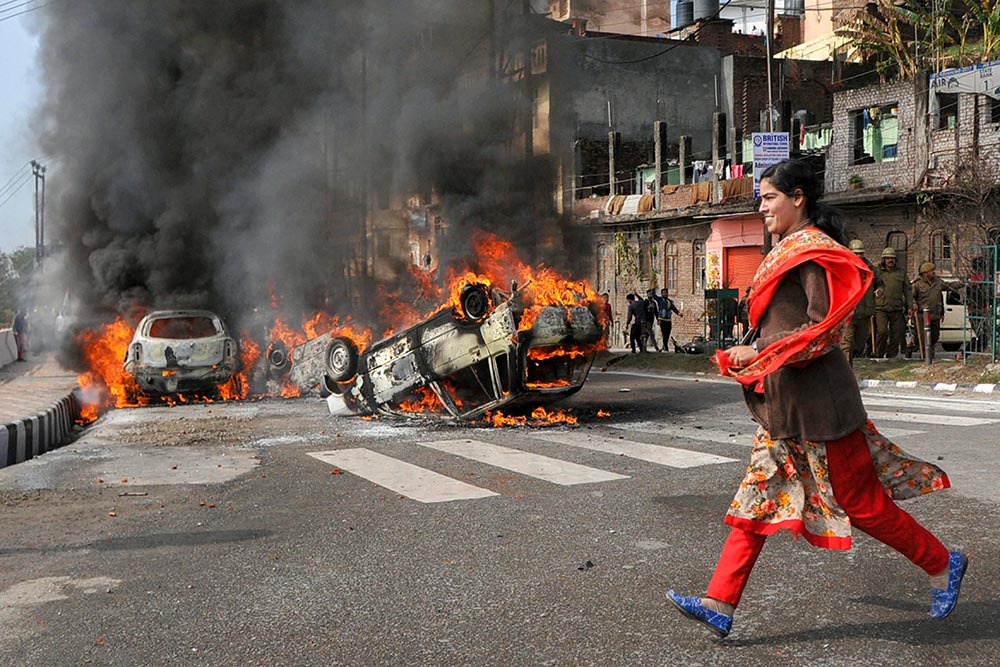 Fire & Brimstone
Vehicles torched by mobs in Jammu
Photograph by PTI
Siddiq Wahid February 21, 2019 00:00 IST Importance Of Initiating Dialogue On Kashmir Is As Critical As Its Absence Is Dangerous

The images after the terrifying attack on the CRPF column last week were instructive. Flesh and metal strewn on the road after 40-odd human beings were killed in a single blast, a mangled shell of what used to be a bus and a dark circle of powder marked the spot of the blast. Immediately, a videotape of the 20-year-old suspected bomber Adil Dar began circulating in the Valley. Soon more images followed from the villages and homes of the CRPF personnel. Children lost, weeping as tiny hands clung to adults. Stunned grownups looking on, openly crying as the word ‘martyr’ was sounded by reporters. Then, from Dar’s village, surfaced images of thousands of men, women and children at the funeral of yet another martyr—their own.

These images were followed by reactions of those far away from both mauled Kashmir and broken villages of the now dead. First, of course, came the instant media. So instant that more often than not they were deficit in thought. Mostly breathing fiery words, devoid of any understanding or analysis and, most worryingly, demonising the...