Will Congress’s attempt to rouse anti-CAA sentiments translate into votes in this highly polarised state? 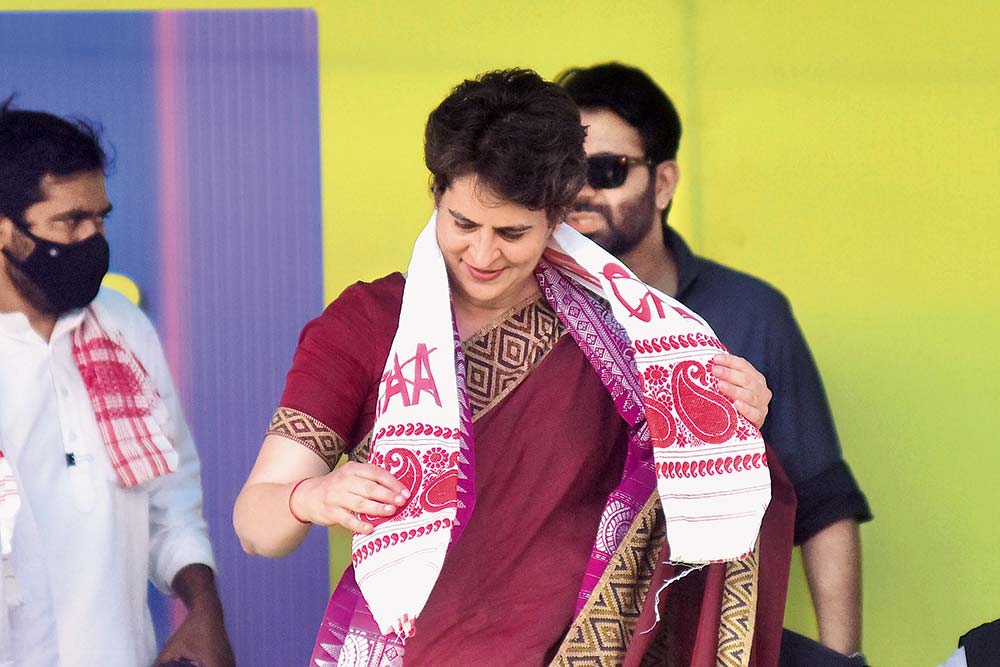 A  single teardrop rolls down Mousumi Stafford’s cheek, the first sign of emotion on her stoic face. Her voice quivers. “The people of Assam who had not so long ago erupted in anger seem to have abandoned the crucial issue. A few political parties are speaking about CAA, but not the people,” she says. “I feel as if my brother’s sacrifice and the sacrifice of four others have gone in vain.” On a tumultuous November evening in 2019, Mousumi’s brother, Sam Stafford, and four other people were killed in police firing on protesters marching against the contentious Citizenship (Amendment) Act. Sam, a passionate musician, was the youngest of the dead. He was only 16.

This election—Assam goes to the polls over three days on March 27, April 1 and 6—the Congress is promising to build a memorial for the “CAA martyrs”, besides vowing to bring a law to nullify the ­central legislation that fast-tracks Indian citizenship to “persecuted” non-Muslims from Bangladesh, Pakistan and Afghanistan. Months...