No Anti-Incumbency For Mr Clean

Another factor that has worked in Nitish’s favour is women as a vote-bank, says Sanjay Kumar Jha, Water Resources Minister of Bihar 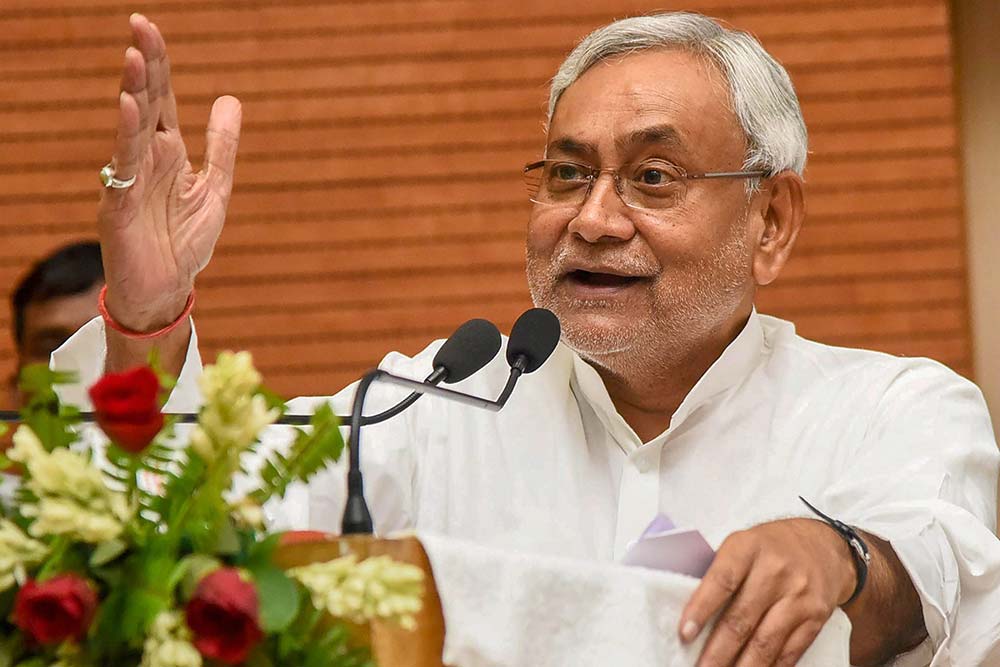 Nitish Kumar has never faced an anti-incumbency wave bec­ause he has always delivered what he promised. Over the years, he has made development and Bihari pride such a narrative in the state elections that it has become a poll plank of just about every party now. Before 2005, only caste-based politics mattered. But Nitish worked relentlessly for the inclusive growth of every section of people. In his current tenure, he promised to provide electricity and piped water to each household, and lived up to it.

Another factor that has worked in Nitish’s favour is women as a vote-bank. Voting on gender lines had never happened before Nitish. Before 2005, women were never considered a separate class of voters as they were expected to vote for the candidate chosen by the men of the household. After 2005, women quietly emerged as a parallel power in Bihar elections. In the three panchayati raj elections held from 2006 onwards, a large number of women won due to 50 per cent reservation provided by the Nitish government. In jobs also, they were given the 35 per cent reservation. Today, Bihar Police have more women than any other state.

Nitish is also the only one in Bihar politics who has nothing to do with nepotism. In the past 15 years, no one could accuse him of promoting or patronising someone from his family. It is rare. That is why people have a lot of faith in him.

Nitish made ­development and Bihari pride such a ­narrative that it ­became every party’s poll plank.

A survey of newspaper headlines before 2005—replete with massacres, kidnappings and murders—can shed light on the change Nitish has ushered in. Not a single communal riot took place during Nitish’s reign. And curfew was imposed only once in a town, only for a day. It is an ext­raordinary thing for a state that doctors and engineers once used to flee for fear of ransom. If something like this happens now, the perpetrators are immediately caught because they do not get any political patronage.

Voters understand all this and that is why they have trusted Nitish, again and again, all through these years. Some people say that the kind of development Bihar witnessed during Nitish’s first term did not ­happen in his subsequent terms. It is not so. He had to fill a lot of pits in his first term because of what he had inherited from the previous regime. That is why the work of the first term got highlighted more. Moreover, people’s expectations have since increased as he has consistently ­delivered. Today, after 15 years of rule, even if people have some ­grievances, they think only Nitish can fulfill their aspirations. No one else in Bihar has been able to create such a narrative.

(As told to Giridhar Jha)

A Liberator Versus A Turncoat