‘New Laws Not Related To MSP’ 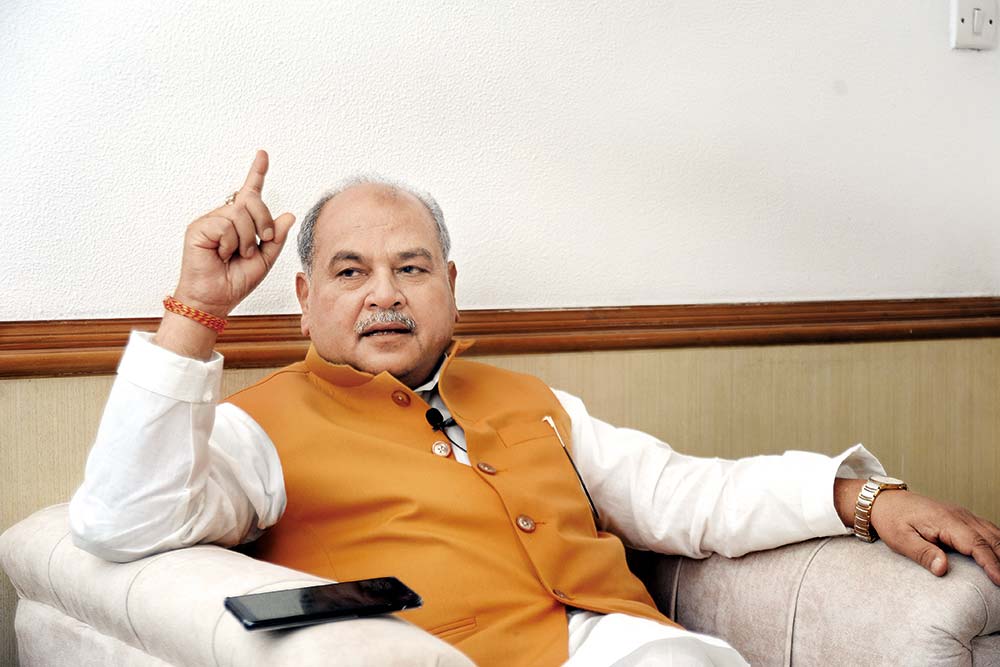 Union agriculture and farmers welfare minister Narendra Singh Tomar spoke to Prashant Srivastava about the government’s position on the ongoing agitation against the farm bills. Excerpts…

Why are farmers not ready to end their stir despite explanations by the government?

The Centre has been taking farmer-friendly decisions from the beginning. The new laws for agricultural reforms have also been introduced for the benefit of farmers. The government has been constantly discussing whatever the farmer organisations have put before it, with an open mind. The meetings have taken place in a very good environment, and positive and meaningful talks have been held. The government wants to know the points they are worried about and what are their suggestions regarding those so that all the issues can be resolved. There is mutual trust between the two sides.

It seems that before bringing the laws, the government did not take farmers into confidence.