Tuberculosis kills 1,200 a day in India, but there’s no urgency to eradicate this contagious disease that plagues poor nations 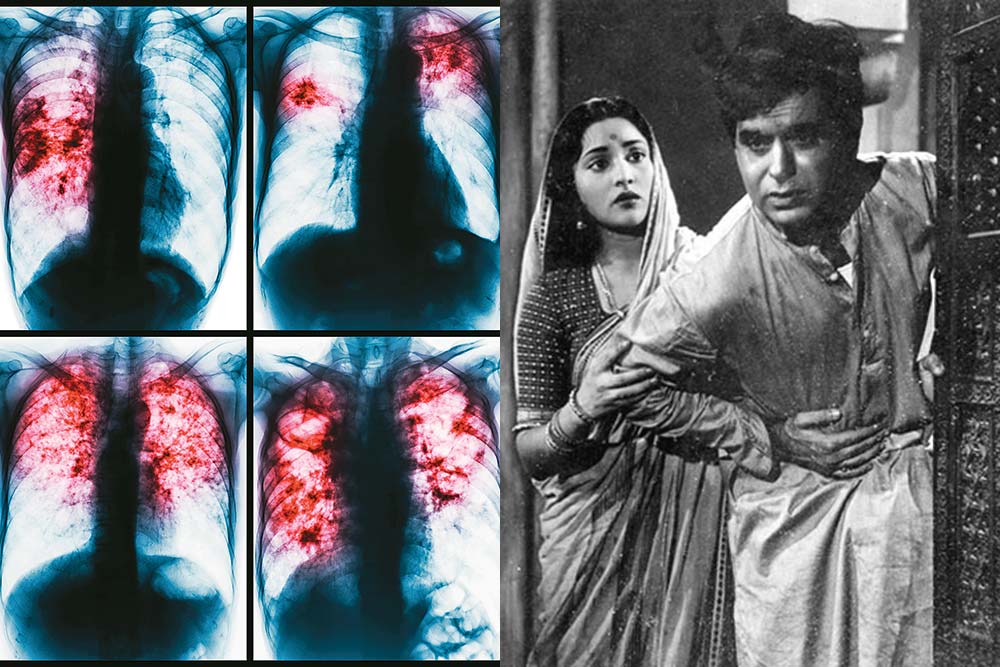 The Red Flags—X-ray prints of TB-infected lungs; Dilip Kumar in Devdas, in which the protagogist dies of the disease

The “little flu” took the spotlight with a Usain-like bolt and conquered the planet in one (un)forgettable year. Signs are ominous it will keep its podium and headline spots through several seasons to come. Covid is the Sergei Bubka of the microbial Olympics—upping its record a notch at a time. On a parallel track and away from the fuss, an ancient shadowy marathoner is continuing to amass its morbid medallions—if death can be called medals, a macabre metaphor. Tuberculosis, aka TB, is a formidable ace of the long distance; a disease that has plagued humans for more than a millennium. Mycobacterium tuberculosis—the bacterium that causes TB—kills 1,200 people daily in India, says the World Health Organization.

The nation leads the global caseload of TB. Yet, it is something people try to avoid talking about. Why? Why is it not the fearsome disease that people dreaded three decades ago? Where has that wracking, back-bending, blood-spitting TB cough gone from our collective consciousness, from our films, from our pulp fiction? Why...