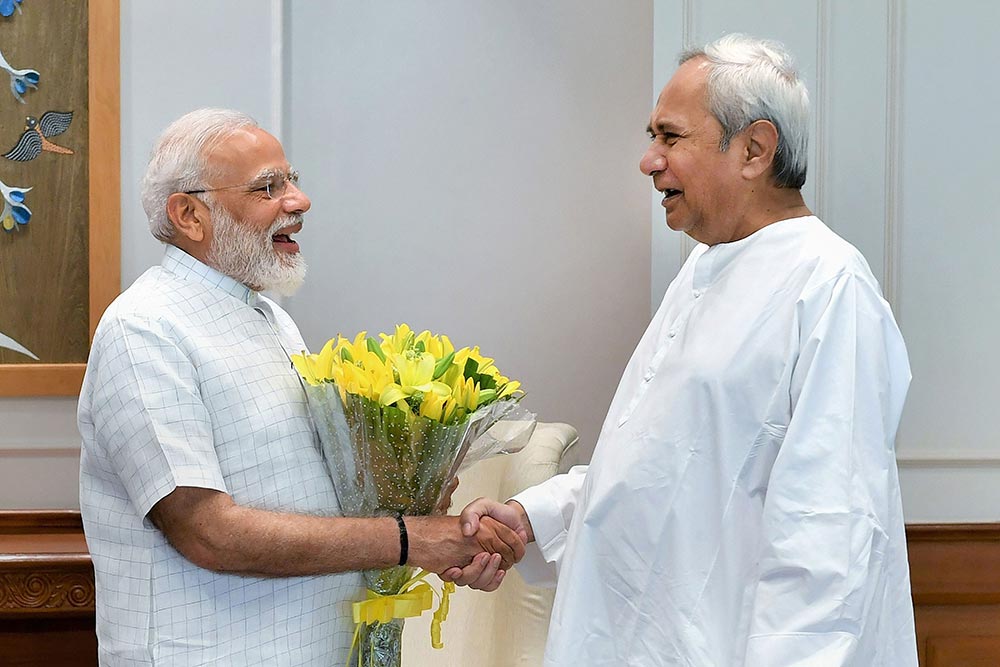 It’s hard to believe they were at each other’s throats barely two months ago. But the BJD and BJP are behaving like long-lost brothers meeting after ages soon after the elections ended and the dust settled. Prime Min­i­ster Narendra Modi and chief minister Naveen Patnaik had traded the harshest slurs and barbs during the poll campaign in April. But no  bitterness was on display during the PM’s visit to the state on May 6, after Cyc­lone Fani scythed through coastal Odisha. A month later, the leaders were all smiles  again as the BJD supremo cal­led on Modi in New Delhi on June 11.

Any residual doubts that the two leaders have all but revived their old relationship, though not formally, were laid to rest on June 21 when the Naveen announced the names of the three party candidates for the upcoming Rajya Sabha elections. One “BJD candidate” was Ashwini Vaishnaw, a former IAS officer who was once the private secretary to PM Atal Bihari Vajpayee.

Eyes popped when Patnaik appeared before media a second time in 45...