Bengal's NPR is being seen in the same light as Assam's National Register of Citizens that made 19 lakh people 'illegal residents'. Millions in Bengal contemplate their fate. 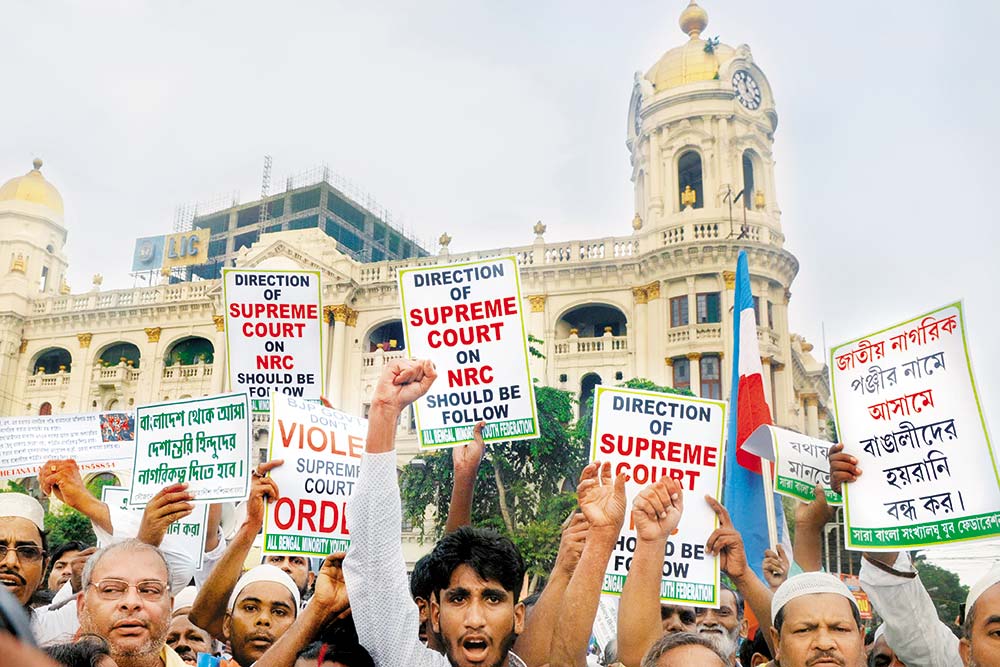 West Bengal is cowering under two diseases—dengue and the National Register of Citizens panic. The first one is seasonal; the latter is pot­e­­ntially perman­ent. Both are grim reapers. In 2019, Bengal leads the country in dengue-related deaths, with the figure till August reaching 22. But its spread—Calcutta and neighbo­u­ring districts—is limited, and cha­n­ging seasons hold the promise of a respite.

But fear of NRC has the state in a vice-like grip—allegedly causing 11 deaths (some of them suicides) till September 25. Chief minister Mamata Banerjee on Sep­tember 23 claimed that the lurking fear led five to take their own lives. Though there is no official count, people trying to organise protests against NRC have colla­ted a list of 20 NRC-related deaths. The district-wise break-up shows an even spr­ead—from Cooch Behar in north Ben­gal to North 24 Parganas in the south, via West Medinipur and 10 other districts.

Ever since Assam’s final NRC list was rel­eased on August 31,...