This is where Mamata, in 2007, went right into the eye of the storm and mastered the furies. She returns again for a rematch—against a renegade satrap. 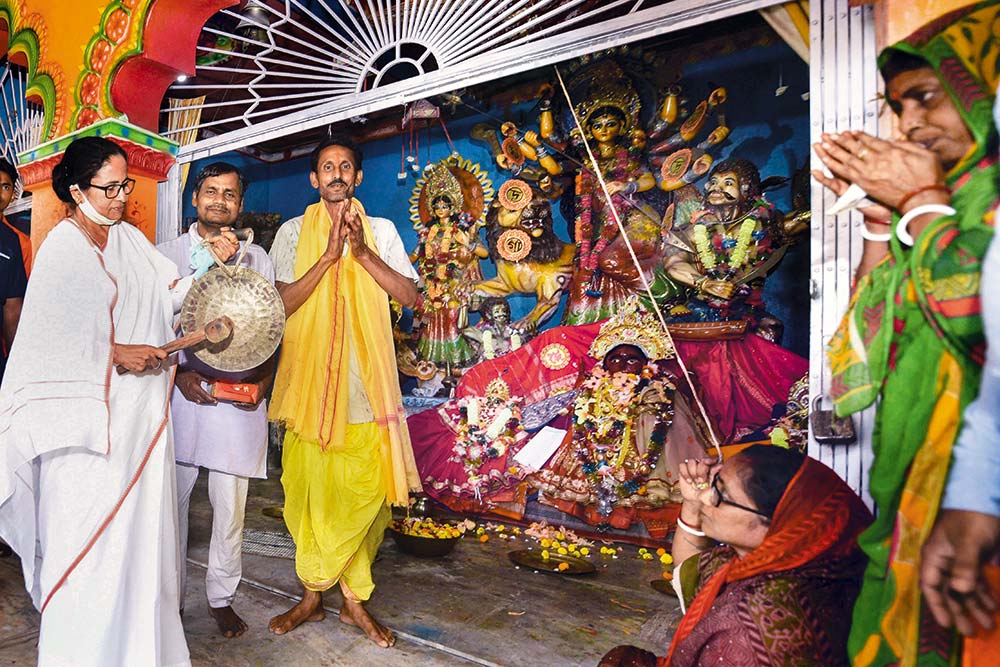 With The Goddesses
Mamata offering a puja at a Nandigram temple
Photograph by PTI
March 11, 2021 00:00 IST Nandigram, Ground Zero

On March 9, the day Mamata Banerjee started her campaign in Nandigram, she banked on memories of the anti-displacement struggle that she led during 2007-08. In a rally, she reminded people how she visited interior areas on a bike, evading the police and CPI(M) cadres, how she linked the movements in Singur and Nandigram and how Hindus and Muslims united to stall the government’s attempt to take over farmland for a chemical hub. A recounting was necessary, for since coming to power in 2011, Mamata’s connections with Nandigram has largely been through Suvendu Adhikari, its outgoing MLA, now her adversary.

During Mamata’s last visit to Nandigram in December 2015, she announced at a rally that Adhikari, then a Lok Sabha MP, will be fielded from there. Adhikari went on to become a minister thereafter. By December 2020, after joining the BJP, the same man promised to sweep the TMC out of East Midnapore...