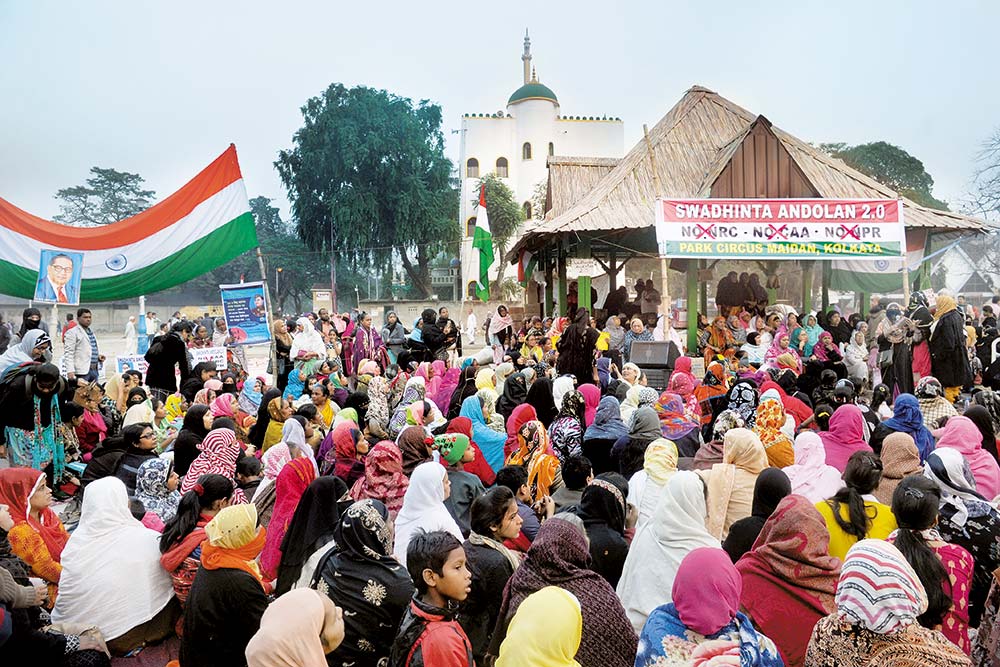 Sameeda Khatun was a regular at the sit-in at Park Circus, Calcutta, since the very first day—January 7. Until she passed away on February 2. The loudspeakers were switched off at the protest site the next day as a mark of respect to the 56-year-old. Protestors got together to offer financial support to her family, but the larger community, especially Hindus, did little to express solidarity with them. This is symbolic of a pattern in the ongoing movement against the Citizenship (Amendment) Act in West Bengal—Muslims, fearing further segregation and marginalisation, are leading the movement, but most Hindus are not joining them. “Why are there no such sit-INS in Jadavpur University and other Hindu-dominated places?” asks Sabir Ahmed, a researcher with Pratichi Institute. CPI(M) leader and Jadavpur University professor Partha Pratim Biswas says a sit-in at “Bansdroni or similar places in Calcutta and its suburbs where Hindu refugees reside would have gone a long way to bridge the gap between Muslims and Hindus in the movement”. The Hindu...