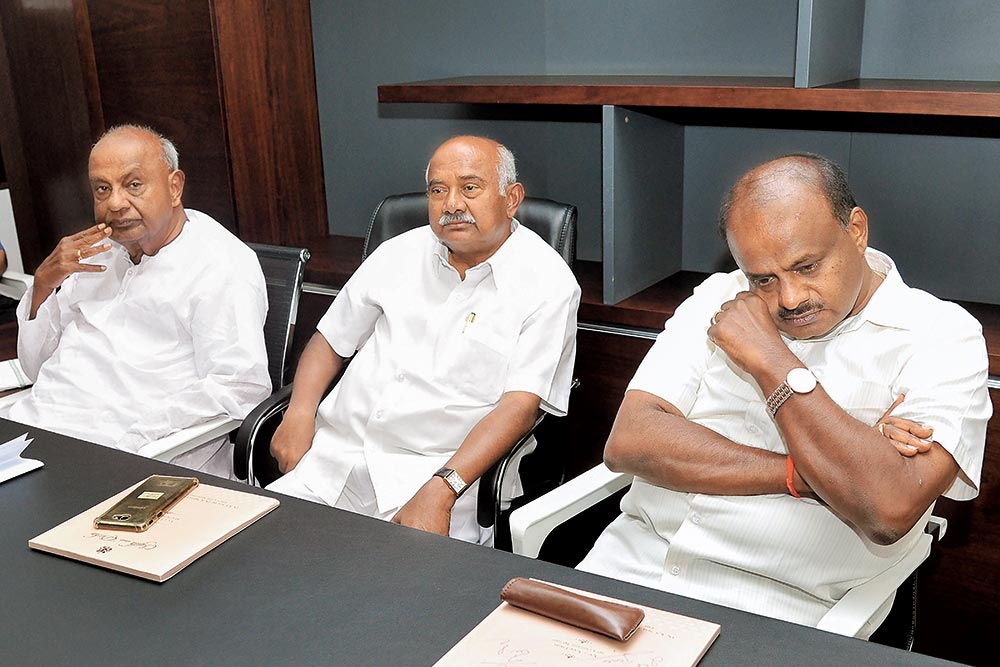 All through the past year, Karnataka’s Janata Dal (Secular)-Congress coalition has been grappl­ing with the discontent of leg­islators who were not happy at being left out of government. Now, after a stunning Lok Sabha verdict—the coalition managed only two seats, while the BJP won 25 of the state’s 28 parliamentary constituencies—the tri­­cky task of keeping the flock toget­her has only got more pressing.

The immediate move, going by the ind­ications, to placate the malcontents will fill up vacancies in the council of ministers and bring in fresh faces. Both CM H.D. Kumaraswamy and his deputy G. Parameshwara have been sounding out some of the vocal MLAs, mostly Congressmen. For the coalition government, the Lok Sabha results have clearly brought matters to a head—its survival depends on the two parties pulling tog­ether which, given the constant sniping so far, is a trapeze act in itself.

“This mandate has been given for the national election and not the state,” deputy CM Parameshwara told...