The man behind building MK Stalin's public image is his son-in-law Sabareesan, a digital media expert. 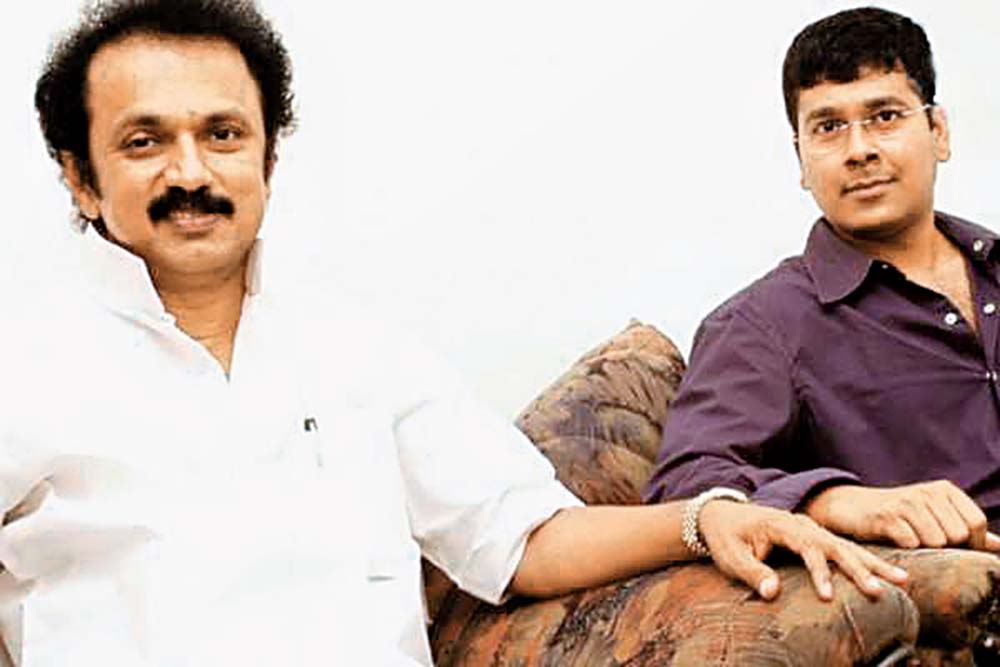 A year before the 2016 Assembly elections, M.K. Stalin, then DMK treasurer, embarked on a public outreach programme titled Namakku Naamey (We for Ourselves). In a cleverly tailored tour of the state, Stalin travelled to small towns and villages, often eschewing his usual dhoti-shirt garb for trousers and T-shirts, often on a cycle or two-wheeler, or on a bus. He met common folk and heard out their grievances at town hall meetings, even on a one-to-one basis. All this was aimed at young voters, presenting Stalin as a next-gen leader. Elections: Number Game

The tour footage was uploaded on Stalin’s social media accounts, packaging him as a popular leader in his own right, and not just as heir apparent of M. Karunanidhi. The entire show was orchestrated by Sabareesan (in pic, right), Stalin’s son-in-law. An IT engineer, Sabareesan realised the need to leverage digital media after Narendra Modi’s success in 2014. Sabareesan is the man behind Stalin’s stand-out presence...