A smorgasbord of rights violations is aided by the dysfunctionality of legislatures. Dispiritingly, the Supreme Court is unable to enforce its own enlightened judgments in favour of individual rights against the state. 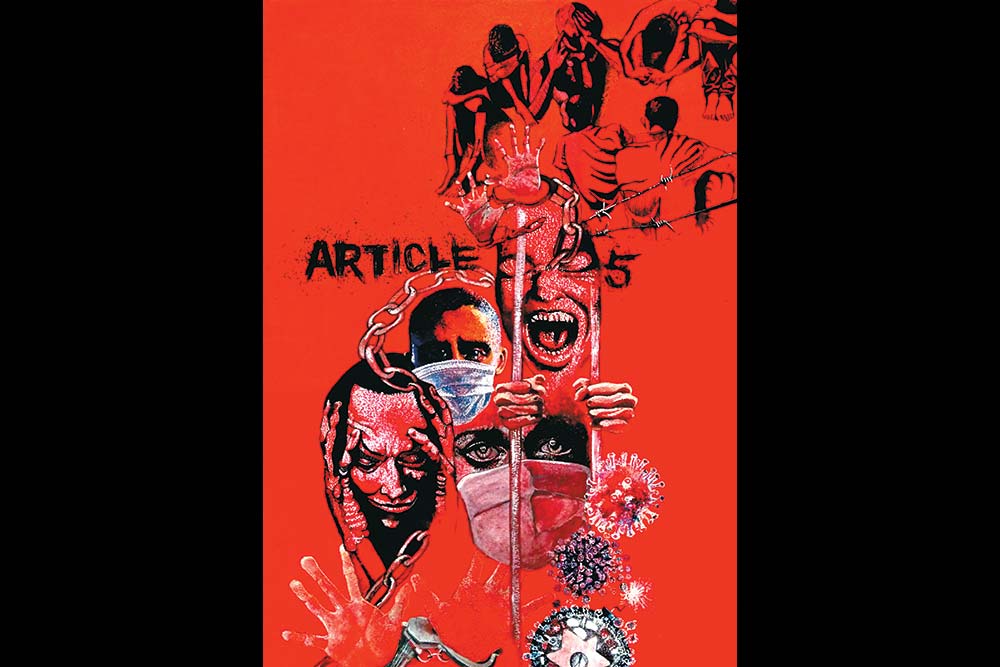 In his book The Age of Rights, Prof. Louis Henkin, a celebrated scholar of international law, had claimed that “human rights is the idea of our time, the only political–moral idea that has received universal acceptance”. Viewed in the light of several international treaties and democratic constitutions which recognise the inviolability of human rights, the claim is valid. But whether democracies across the world have, in fact, delivered on the promise of a world order founded on human rights is another matter. An objective analysis of the situation in our country regrettably belies the lofty claim.

The disquieting conclusion flows from a distressing institutional response to the egregious infraction of human rights, raising a profoundly important question about the functioning of our democratic institutions in the advancement of constitutional goals. Repeated abuse of several stringent laws with punitive consequences, including the Unlawful Activities (Prevention) Act, is predicated on a reversal of the presumption of innocence in favour of the accused, declared by the Supreme Court as a human right in itself (Bhramajeet Singh Sharma, 2005). Demonstrated arbitrariness in investigative processes and failure of the Indian state to enact a comprehensive anti-custodial torture law despite the nation’s unequivocal international treaty and constitutional commitments, question our willingness to civilise ourselves in the use of state power. Denial of basic human rights to undertrials, poignantly exemplified in the refusal of a sipper to an 83-year-old undertrial priest suffering from Parkinson’s disease and refusal of jail guards to allow an incarcerated public intellectual access to a pair of spectacles must shame the nation. This, despite Krishna Iyer J.’s binding edict in Sunil Batra as early as 1978, that fundamental rights “do not part company with the prisoner at the prison gates…” Denial of bail to Sudha Bhardwaj and Anand Teltumbde et al mock the freedom movement’s libertarian legacy.

Indiscriminate arrests on charges of sedition are etched in public memory as a repressive act of state power intended to criminalise dissent. Unconscionable arrests for inter-faith marriages mischievously labelled love jihad—an unapologetic assault on autonomy of individual choice— have scarred the constitutional conscience. Heart rending sights of a dog nibbling at a dead woman’s body inside a hospital, dumping of dead bodies of Covid victims in makeshift ditches, and the reported killing of a Dalit worker because he served himself a mouthful of food while clearing leftovers, condemn us irretrievably as a heartless society; blind and deaf to the nation’s dignitarian conscience.

Are we really a people who can claim that they live in the shelter of each other is the question. Mob-whipping posts on social media and fake news continue to destroy lives and wreck reputations with impunity. Media trials continue under the gaze of constitutional courts despite the Supreme Court’s interdict, while citizens’ right to liberty, fair trial and reputation are mutilated at will. Parliament, too, as the highest forum of democracy, cannot escape its share of responsibility for our faltering record on human rights. The dysfunctionality of legislatures in recent times, reflected in routine adjournments, and scrapping of the Question Hour have compromised the quality of legislative oversight in law-making. The much contested farm laws, passed in both Houses of Parliament without discussion by a voice vote, are a recent illustration. Enactment of the often abused ‘over broad’ laws without thoughtful deliberation have had grave consequences for the liberty and dignity of citizens. Illustrative examples include Section 69A of the Information & Technology Act and “blocking rules”, Section 505(1)(c) of the Indian Penal Code (IPC) relating to hate speech, which bring to mind the persecution of Perumal Murugan, editor Shirin Dalvi and the celebrated painter Maqbool Fida Hussain amongst others,  Section 3(1) of the Scheduled Caste and Schedule Tribes (Prevention of Atrocities) Amendment Act and Section 124-A of  the IPC—the colonial era’s sedition laws.

The repeated abuse of law and its processes to suppress fundamental freedoms has defaced and defiled a liberal democracy. The offices of Lokpal, Information Commission and the National Human Rights Commission have remained largely dormant except for the occasional and insipid interventions. Our leaders, captive to consuming personal animosities and dwarfed by timidity in the face of power, remain obsessed with a “manipulative conversation about our future”, with little time to address themselves to the defining challenges of our times. Consequently, a politics denuded of its larger purposes, thrives on the tyranny of strong over the weak and is bereft of an inspiring moral appeal. 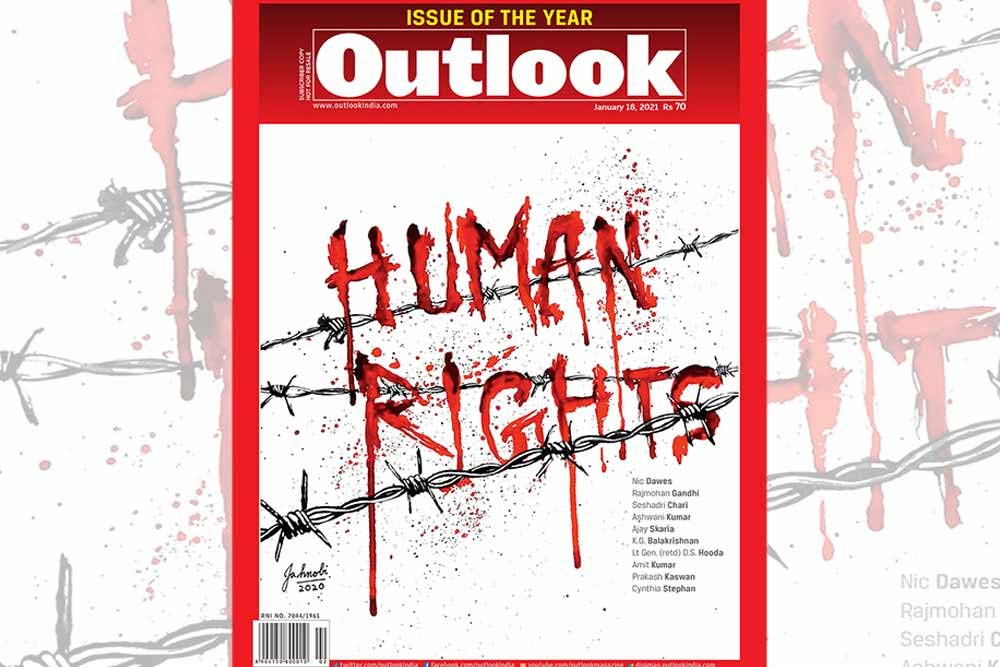 However, the nation’s greatest regret is that having dec­lared human dignity anchored in deference to human rights as a core constitutional value (Common Cause, 2018), the Supreme Court as the ultimate constitutional arb­iter has, in a negation of its raison d’être, failed to lean consistently in favour of individual rights against the state. Given the national context, Chief Justice S.A. Bobde’s rec­ent suggestion of a restricted recourse to Article 32 in bail matters is unfortunate. Citing with approval Ronald Dworkin’s assertion of a right to individual dignity against Government in Puttaswamy (2017), the Court’s recent record in enforcing this right is mixed, at best.

Continuing incarceration of several public intellectuals, political leaders, academics and dissenters, even where the weight of evidence against them is prima facie weak, has blemished the SC’s otherwise sterling record as a sentinel on the qui vive in securing our fundamental rights. The Supreme Court’s profound pronouncements in Shreya Singhal (2015), Shabnam (2015), Puttaswamy, Nambi Narayan (2018), Navtej Johar (2018), Anuradha Bhasin (2020) and several earlier decisions notwithstanding, its inability to enforce its own judgments has dented its standing as a designated guardian of the constitutional principle. Deferment of the hearing of Rohingya petitions, challenge to the validity of CAA and abrogation of Article 370, petitions concerning the plight of the elderly and their right to dignity, a hesitant intervention in aid of the Covid mig­rants and misplaced priorities in the hearing and disposal of cases have added to the blemish.

The need to reclaim a consistent vocabulary of constitutional discourse rooted in intellectual integrity is self-evident. The highest court has itself reminded us that the majesty of courts is located in the objectivity, consistency and wisdom of its judgments, not in the “coercive power of judges, but the deference and respect which is paid to them and their acts from an opinion of their justice and integrity” (Baradakanta Misra, 1974).

Cleary, this is our moment of reckoning. We must ack­nowledge the truth of a diminished Indian democracy and our collective failures. Hopefully, the process of democratic erosion can be arrested with the citizens’ collective assertion of constitutional values. Despite the disappointments, we can take comfort in history’s abiding lesson that the ideals of freedom, equality and justice are best secured in the consciousness of an enlightened people and none can dim­inish the appeal of dignity or extinguish the flame of liberty as long as it burns bright in our hearts. We know that “the history of the world is none other than the progress of consciousness of freedom” (Hegel) and “the arc of the moral universe bends towards justice” (Martin Luther King). In these testing times when centres have ceased to hold, a rel­entless pursuit of human dignity admits of no bystanders. To recall Thomas Paine’s felicity: “When my country…was on fire about my ears, it was time to stir. It was time for every man to stir.”