Stranded in Vishakhapatnam, the five friends wanted to return to Bardhaman. Their bicycle journey displayed endurance and willpower 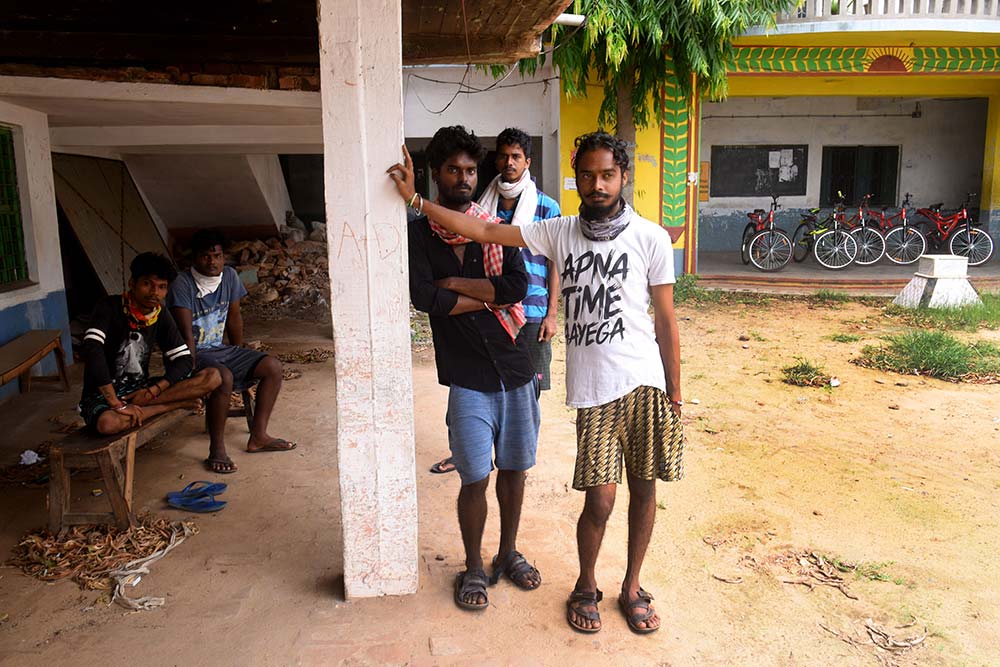 The indomitable five, now quarantined in a school, with their bicycles in the background.
Photograph by Sandipan Chatterjee
Sandipan Chatterjee May 29, 2020 00:00 IST Migrants' Return: Five Friends And A Desperate East Coast Ride To Sweet Home

There are five of them—Lakhinarayan Das, Rajesh Das, Biswajit Khetrapal, Arup Singh and Bumba Dutta. Young men in their twenties, they are from Jamalpur village in Bardhaman district in West Bengal. Fast friends all, about five years ago they decided to leave their village for want of gainful work and go all the way to Andhra Pradesh, where they heard new factories were opening and jobs were in plenty.

They fetched up in Visakhapatnam and were hired as welders in a factory in Malkapuram Coromandel Gate. The work was hard but the money was good. They had their own rooms, food was decent and they saved enough money every month. But, inevitably, the lockdown lay its deadening fingers here too: the factory shut down and salaries were stopped. Bit by bit, their savings were being eaten into—the five realised the untenability of their survival. The only option, they decided, was to return home to Bardhaman. Yet, the mode of travel, without any buses or trains, presented a logistical impasse. Decisive action was called for, and a bold, audacious plan was seized upon:...