Muslims see in Asaduddin Owaisi a leader who can fight the BJP on their own terms. Some of that goes back to a historical fact that shadows the AIMIM faintly: its old umbilical links with the Razakars 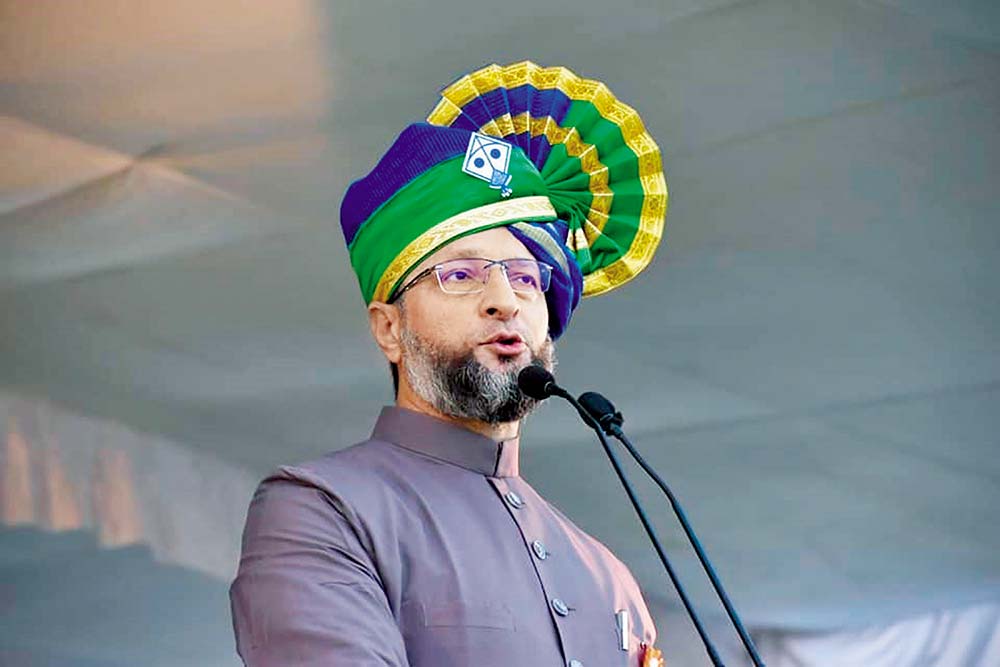 Asaduddin Owaisi is a very interesting character in Indian politics, and I think he should have a rightful space there. He is, in a way, a peculiar mix. An erudite leader, with good oratorical skills, an excellent lawyer…these qualities have served him well, both in Parliament and outside. Also, he has always been a constitutionalist: his language is not the same as that of his brother Akbaruddin. Asaduddin seeks rights enshrined in the Constitution, and seeks them unconditionally, with self-confidence. It is perhaps because of that self-confidence that he is under severe attack by the BJP. Those who attack Owaisi are uncomfortable with him, with his political persona on the whole. Muslims see in him a leader who can fight the BJP on their own terms. Some of that goes back to a historical fact that shadows the AIMIM faintly: its old umbilical links with the Razakars (in the 1940s, the party was headed by Qasim Razvi, the leader of Razakars, the Muslim militia formed to oppose Hyderabad’s merger with India). But it’s a link that probably only the old residents of Hyderabad would know of. Generations have passed since.

Muslims see in Asaduddin Owaisi a leader who can fight the BJP on their own terms.

The BJP did try to use it against Owaisi but finally gave up—not because of any benevolence but because they had to spend half-an-hour explaining what it was to people! And the AIMIM too has evolved. The notion that some people have—that the RSS and the AIMIM are mirror images of each other—is not entirely correct now. The AIMIM now transcends communal lines; it also has the support of a large number of Hindus. It does many things: social work, relief work, running educational institutions, and all these benefit people across faiths. So he’s a peculiar mix, and the fact that the BJP doesn’t want peculiar mixes is quite evident. It was a similar peculiar mix when Muslim women sat on a protest dharna at Shaheen Bagh, using a constitutional language of protest. (The BJP tried its best to break up the great human movement, and break it did.) All the same, as he emerges on a national scale, I would like to see Asaduddin Owaisi take a stronger position on the Dalits among Muslims. Muslim leaders deny there is a caste system in their religion or that there are any divisions. This is a great tragedy which prevents the upliftment of castes like the Halalkhors, who are treated as untouchables not just in India but also in Pakistan and Bangladesh, besides many of the other occupational castes among Muslims..

As told to Bhavna Vij-Aurora

‘There Is Yearning And Churning Among Muslims’

(Nandy is a political psychologist and social theorist. Views are personal)