Meet The Corona Warriors: How Dr Rakesh Saini Is Up And Close With The Deadly COVID-19 In Jaipur

He wanted to be an IAS but life had other plans for him. After fighting malaria and dengue in Rajasthan villages, Rakesh Saini now has a bigger challenge 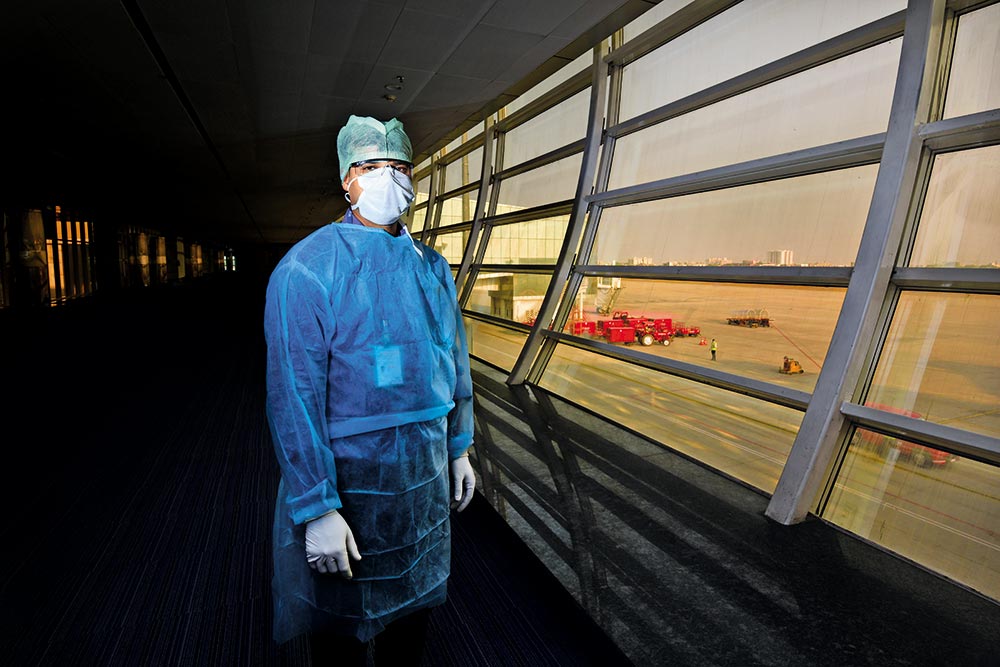 Photo by Tribhuvan Tiwari
Salik Ahmad March 19, 2020 00:00 IST Meet The Corona Warriors: How Dr Rakesh Saini Is Up And Close With The Deadly COVID-19 In Jaipur

It’s the golden hour and the airport lobby is gloriously sunlit. The colossal geometry of the roof and the planes appearing intermittently on the tarmac behind make Rakesh Saini’s new, hopefully temporary workplace appear very stately. Saini, 32, is a medical officer posted at a government hospital in Kotputli in Jaipur district. But since January 28, he has been employing his skills at the Jaipur airport. The outbreak of coronavirus has prompted authorities to set up a medical desk at the airport that screens passengers for symptoms.

Saini says that when the state health ­department decided to deploy doctors, he voluntarily enlisted himself. “The idea of being part of the team fighting this pandemic ­excited me,” says Saini. “While everybody is distant and away, we are fighting it up close.”

ALSO READ: Coronavirus Outbreak: Trying Times Such As This Will Test Our...