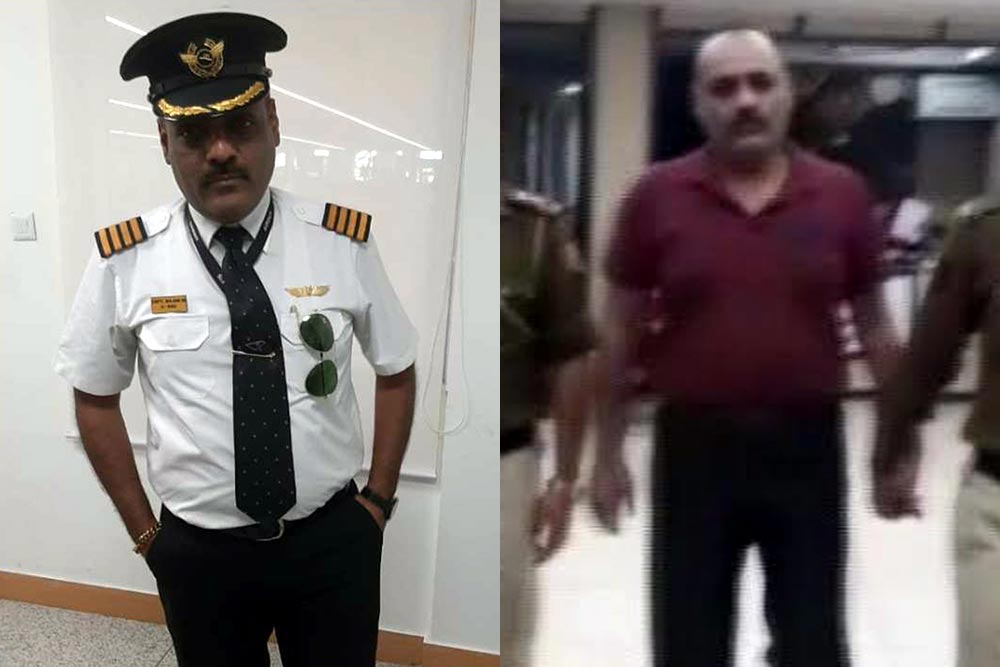 Make Believe
Left, Mahbubani in the garb of a pilot and after his arrest

Women are said to love men in uniform; and both men and women—not gullible layabouts, but professionals in the business of alertness—are taken in by it. A crisp shirt with gleaming epaulettes, peaked cap perched on top, brass buttons of his jacket given a spit-and-polish…Rajan Mahbubani, resident of Delhi’s Vasant Kunj, was a dead ringer for a Lufthansa pilot. His motive for the disguise? Ostensibly, to get privileged treatment at airports and in-flight services, but he seemed to have been goaded by a “love for uniform”, a pen­­chant for make-believe and, one would imagine, an underfed ego.

Mahbubani was caught on November 18, when he tried to board an Air Asia flight from Delhi to Calcutta in his garb of choice. He admitted that he procured the fake I-card of Lufthansa from Thail­and. “We are investigating his pictures on social networking sites, where he is posing inside the cockpit. It could be morphed, as entering the cockpit of an aircraft is not easy,” says Sanjay Bha­tia, deputy commissioner, Delhi...