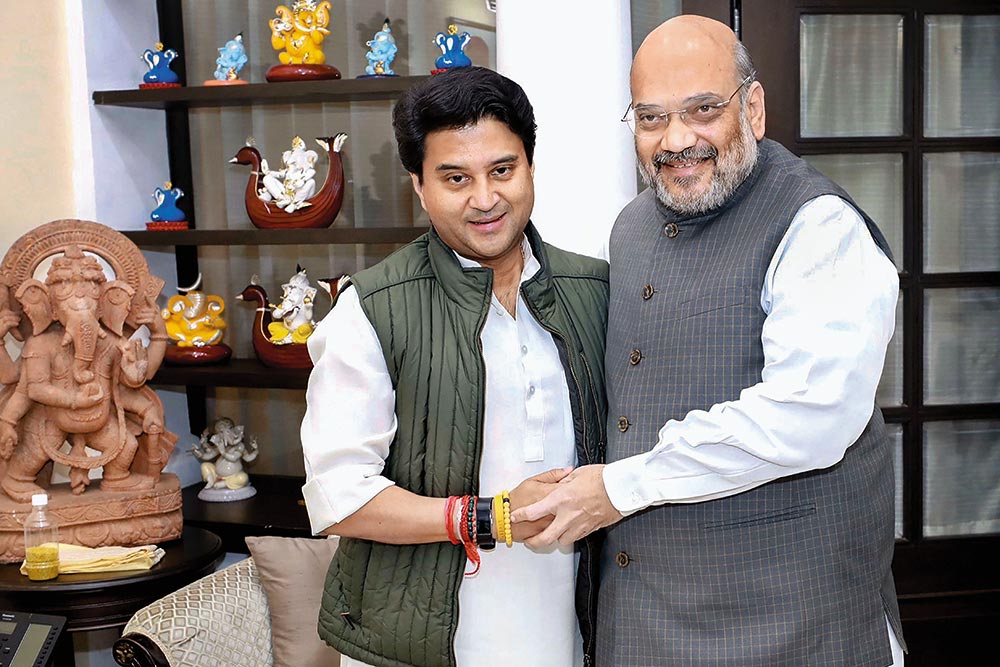 The BJP had sensed an opportunity soon after the 2018 Madhya Pradesh assembly elections, when Jyotiradi­tya Scindia was denied power and position. It was just waiting for the right time to go for the kill.

The BJP had never reconciled to losing Madhya Pradesh to Congress after ruling the state for three terms. The close fight had thrown up a hung verdict, with the Congress getting only five seats more than BJP in a 230-seat assembly. BJP had a higher vote share, albeit marginally.

Vinay Sahasrabuddhe, the BJP leader ­in  charge of Madhya Pradesh, says that the Congress did not have a real mandate to govern the state and that those elected on the Congress ticket are fast losing confidence in their party. “The government has lost its majority. How can it continue?” he asks. “BJP did not do anything to destabilise the Kamal Nath government. It cannot be blamed for the Congress’s organisational failure.”

Many conjectured it was only a matter of time for the tenuous Congress government to fall under the weight of its own...