Bypolls in heartland state hold the key for Shivraj Singh Chouhan and Kamal Nath. For Jyotiraditya Scindia, it’s a matter of political survival. 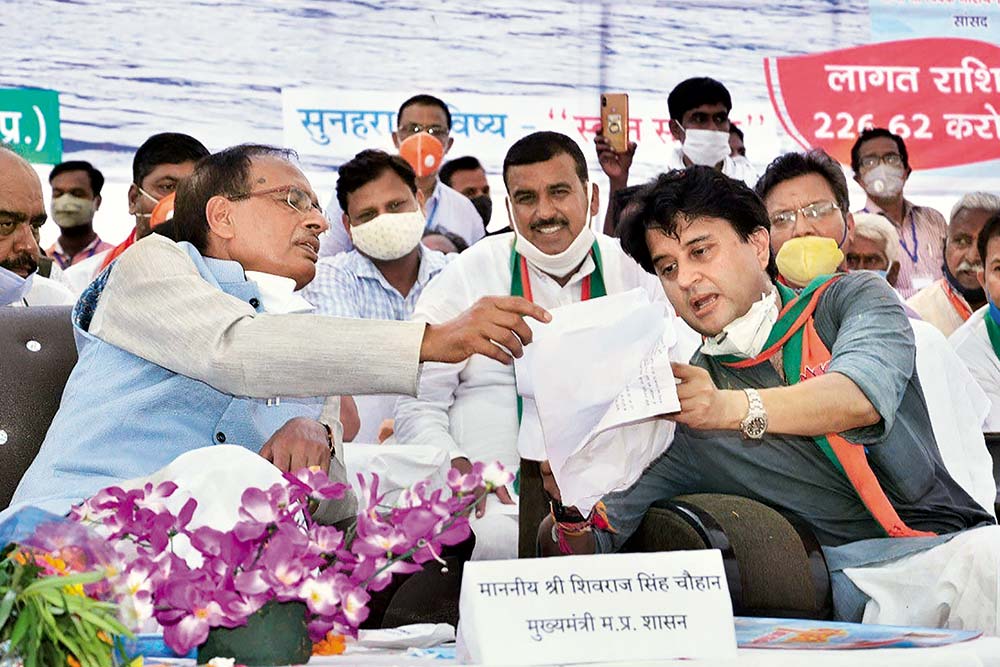 The longevity of the BJP-led Shivraj Singh Chouhan government, which came to power in March after toppling Kamal Nath’s Congress regime through defections, will be tested within a month. The Election Commission is likely to announce bypolls to 27 assembly constituencies of Madhya Pradesh soon.

At the face of it, a triumph for Chouhan looks imminent. In the 230-member Vidhan Sabha, the BJP has 107 MLAs. It needs to win just nine seats to touch the simple majority mark of 116. The Congress, which had won 114 seats in the December 2018 assembly polls to return to power in the state after 15 years, is down to 89 seats following the defection of 25 of its legislators to the BJP. To regain power, the Congress must now win all 27 seats on offer if it hopes to avenge the betrayal by Jyotiraditya Scindia and others. Should either side miss their target, the stability of the government will once again be in the hands of the seven MLAs—four independents, two BSP and one SP legislator—who supported the Congress until March but effortlessly moved to Chouhan’s...