Being drawn to addictive substances is a normal psychological response from teenagers: a part of curiosity, and problem-solving. We as a society, and our draconian laws, fail them. 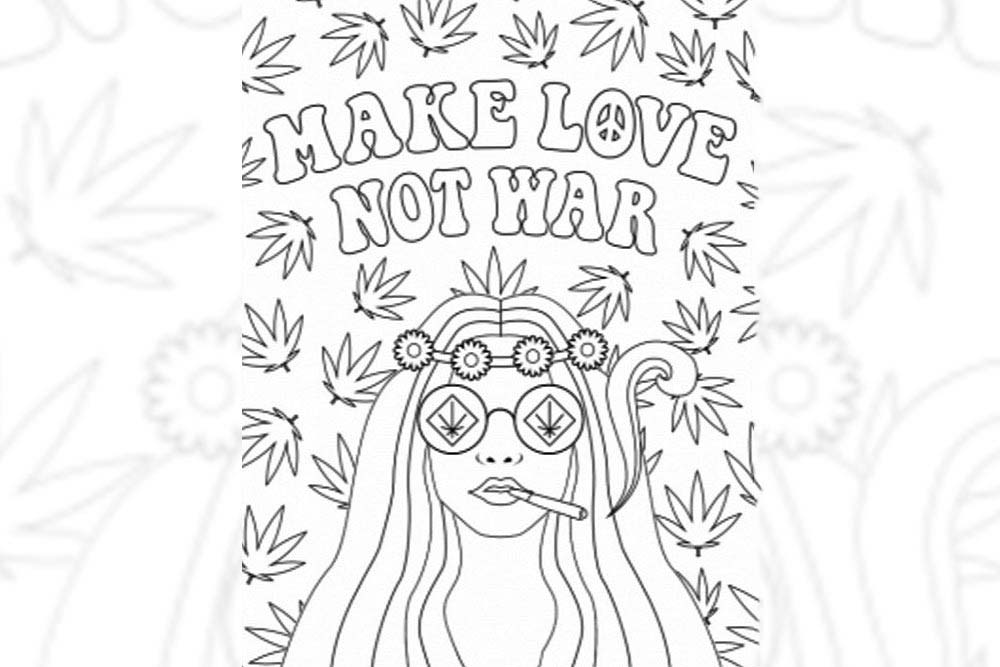 Sushant Singh Rajput’s tragic and untimely death has thrown open many a can of worms. One of the worst is the ­concerted effort to target and malign the actor’s girlfriend and her brother on charges of drug use and trafficking. While convoluted theories of how Rhea Chakravorty’s family were conspiring to usurp Rajput’s wealth were doing the rounds right from the beginning, the narrative took a particularly ugly turn when the stories got laced with use of drugs to numb and manipulate Rajput, and ultimately cause his death. Suddenly, the whole lot, ­including Sushant, became a pariah in the eyes of the moral policing mobs, who started baying for the blood of those who survived the melee.

This sledgehammer approach to substance misuse is not new to our society. Cannabis (known by names like ganja, charas, bhang and marijuana), which has been a part of our sociocultural matrix for thousands of years, was banned under the draconian drug control laws in India in 1985. The new law would attract extreme punishments of years of ­imprisonment, or even death sentence, for repeat offenders, if one is found guilty of possessing (more than 40 grams in case of cannabis), using or dealing with drugs. In one sweep it clubbed a milder, oft-used substance with hard drugs such as heroin, cocaine and LSD, opening up the floodgates for the drug mafia to peddle these dangerous substances, along with cannabis, to our children and youth.

Availability of substances is, no doubt, an important determinant in the prevalence of drug abuse, but the heavy handed and punitive approach of our state has clearly not been able to stem the exponential increase in substance misuse in young people in India, particularly in the last decade or two, which is now reaching epidemic proportions. There have been newspaper reports about how the demand and supply of illicit drugs had increased during the Covid pandemic when alcohol shops had shut down for two months. Yet again, the State responded through police raids and legal action. 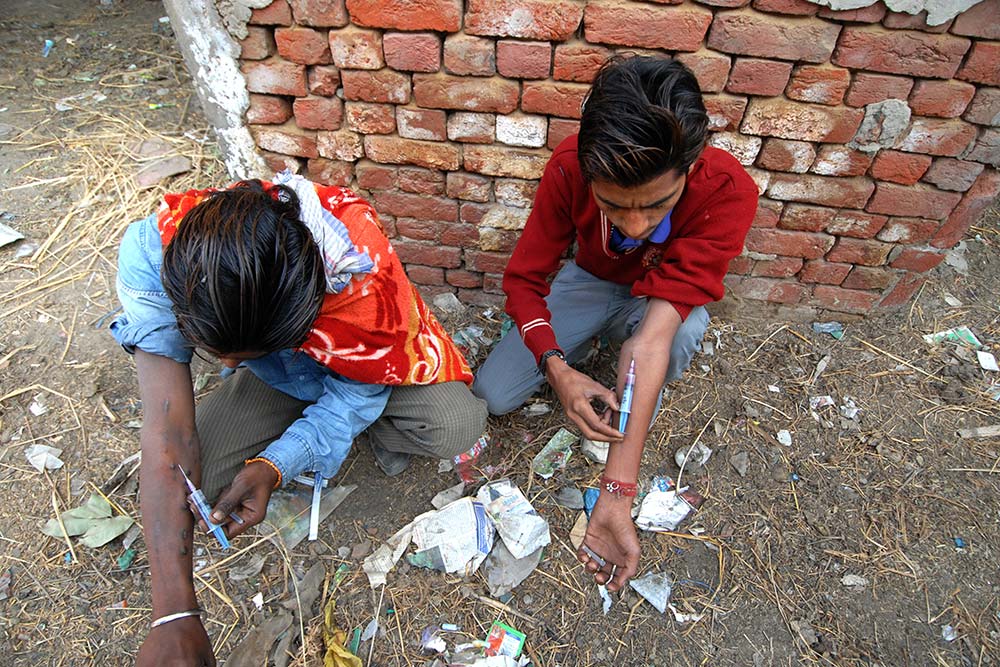 Systematic studies of the prevalence, patterns or dynamics of substance misuse, especially among young people, are scanty in India. One comprehensive study is from the All India Institute of Medical Sciences (2017), surveying 4,000 young people across more than 100 towns and cities. Although the study does not give precise prevalence of ­substance misuse among young people, it emphasises the widespread use of drugs in children across all socioeconomic strata (especially street children), the correlation to peer ­influences as well as disturbed family atmosphere, including conflicts and abuse.

The ­practice of forced ­de-addiction and removal from mainstream life only aggravates distress and the sense of isolation.

Substance abuse is a development disorder—it starts early, mostly during teenage years, and is intimately entangled with the developmental processes of adolescence. Robust ­research from the West shows that more than two-thirds of people addicted to substances would have started using ­cannabis before they were 17. Through our clinical ­experience and recent research about brain development, we believe adolescence starts during preteen years and ­continues till 25. There is clear evidence that, besides the hormonal changes, the brain of an adolescent goes through massive restructuring through these years. And it seeks new and exciting experiences to be able to grow and form new connections. Many of you might have noticed how teenagers can be extremely curious, are ready to take chances and ­experiment with things that could be termed dangerous or risky. This is a manifestation of specific circuits in the brain called reward pathways, which are pulsating during ­adolescent years, driving them to seek stimulating experiences in order to spread and grow; it becomes a vital part of young people trying to find and consolidate themselves amidst the chaos of the world outside.

The main neurotransmitter that drives these circuits is ­dopamine, and you may chance upon some smart kids who could educate you about how and where to find your ­“dopamine kick”. Such a kick can be derived from various ­activities, including a good meal, a game of football, bungee jumping, bonding over music or movies, competitive board games or even shopping. And so can drugs give you a quick and powerful dopamine kick.

This is where I believe we, as families and the State, fail our young people; the academic pressure keeps mounting from early teenage years and there are hardly any avenues where they can have access to healthy fun. Indeed, any kind of fun activity is considered irresponsible and a waste of time. So they take to surreptitious ways of getting their kicks. Couple that with easy availability of substances from middle school onwards, where tobacco, alcohol and even cannabis is commonplace now. By the time they are in high school or college, the large majority of them would have ­experimented with one or a variety of drugs. And although we don’t have hard statistics, our clinical and community-based experiences tell us that the large minority, if not the majority, misuse substances regularly.

Easy availability, adolescent curiosity, peer pressure and belongingness can trigger experimentation and sporadic use, but the dynamics become complex when the use is regular, and a large part of the young person’s mind space and efforts are directed towards procuring and ­consuming the substance. Often there are changes in sleep pattern, eating habits, moods, behaviour and motivation by this time. Typically, parents and authority figures respond with shock and dismay, and end up taking punitive measures that are almost always counterproductive. Some of you would have heard stories of kids getting expelled from school or college, locked up at home with every privilege taken away once the drug use is discovered.

It is as if they believe that the substance is the only thing that is causing this mayhem in their lives, or worse still, that the young person has some irreparable fault in them for which they need to be ostracised from society. This othering of kids who are caught with drugs is shortsighted, ostrich-­like and so damaging to all of us. Take the case of 19-year-old Madhuri (name changed), who dropped out of college and returned home in a miserable state. She was hardly eating, her sleep was all erratic, and she was having intense mood swings, cutting herself in times of deep despair and using cannabis regularly to numb her pain. The parents concluded that all this was due to the “dreaded” cannabis use, took her phone and gadgets away, kept her home-bound to ensure she didn’t get influenced by her errant friends. Till she took a massive overdose of prescribed medication that nearly killed her. That’s when I saw her and found that she was in severe clinical depression.

The cannabis use had not caused the profound disturbances in Madhuri’s moods, thoughts and behaviours; it was the dep­ression that was doing it. Through her late teenage years she had gone through extremes of stress and trauma, and struggled to cope with academic pressure, an abusive relationship and parental expectations. Along the way she had discovered that cannabis could give her some relief from the excruciating pain, even if temporarily. The majority of habitual drug abusers or addicts suffer from a concomitant psychiatric ­disorder, most commonly depression, anxiety and post-traumatic syndromes. It is not mere coincidence that, along with substance misuse, there’s been an alarming surge in depression and associated conditions among young people across the world; a recent multicentre study across many countries found that more than one-third of first-year college students qualified for a diagnosis of clinical depression.

ALSO READ: Kids Who Get High

“Addiction is neither a choice nor primarily a disease,” writes celebrated author and physician Gabor Mate, who has helped and catalogued the experiences of thousands of drug addicts, in his international bestseller book on addiction, In the Realm of Hungry Ghost. “It originates in a human being’s desperate attempt to solve a problem: the problem of emotional pain, of overwhelming stress, of lost connection, of loss of ­control, of a deep discomfort with the self.” Clearly, helping our youth who are already teetering under the pressure of academics and social expectations, an uncertain future ­(especially in these times of COVID-19), the polarised and bigoted world outside, and possible mental illness, cannot be all about policing and punitive action. It has to do with ­understanding, compassion, and creating a path for healthy connections and healing. The practice of forced de-addiction and removal from mainstream life, which is commonplace, only aggravates their distress and sense of isolation. It is not surprising, therefore, that the relapse rates after young people come out of de-addiction centres are unacceptably high.

I resonate with Johann Hari, the TED speaker and author of bestselling book Lost Connection, who said, “For 100 years now we have been singing war songs about addicts. I think all along we should have been singing love songs to them.” I think it is time we change our lens and camera.

(The writer is a Delhi-based child and adolescent psychiatrist. Views expressed are personal.)