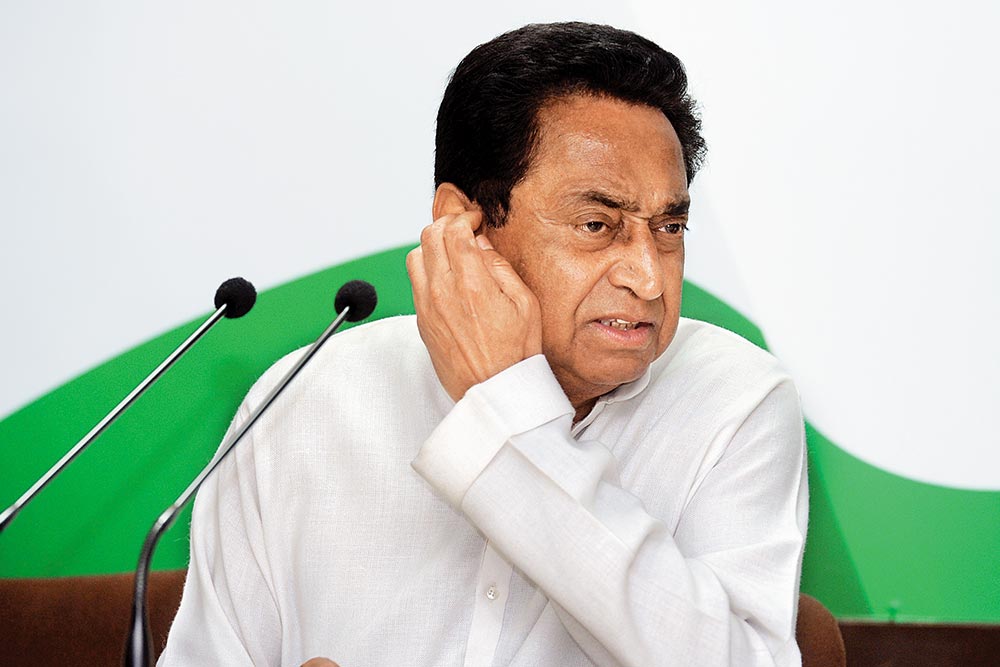 Two days after the Lok Sabha election results were declared on May 23, Madhya Pradesh chief minister Kamal Nath skipped a crucial Congress Working Committee (CWC) meeting held in Delhi. He preferred brainstorming on the strategy to protect his six-month-old state government from collapsing. Veteran Congress leader Digvijaya Singh also stayed put in Bhopal to keep an eye on party MLAs at the CM’s request. Kamal Nath held long closed-door discussions with him and other senior leaders, besides convening a meeting of legislators and ministers.

The Congress, which had fallen two short of the simple-majority mark of 116 in the November 2018 assembly polls, managed to cobble up a majority by enlisting the support of one Samajwadi Party, two BSP and four independent MLAs—all of whom att­ended the recent meeting where Kamal Nath offered to step down as CM. The MLAs turned down the offer, declaring that the government would last its full term, and that they are ready to prove majority support in the Vidhan Sabha. But Kamal Nath knows pretty well that his government...