A bulked-up BJP worries about a Left surge in Bengal. Mamata counts on her government’s good deeds. 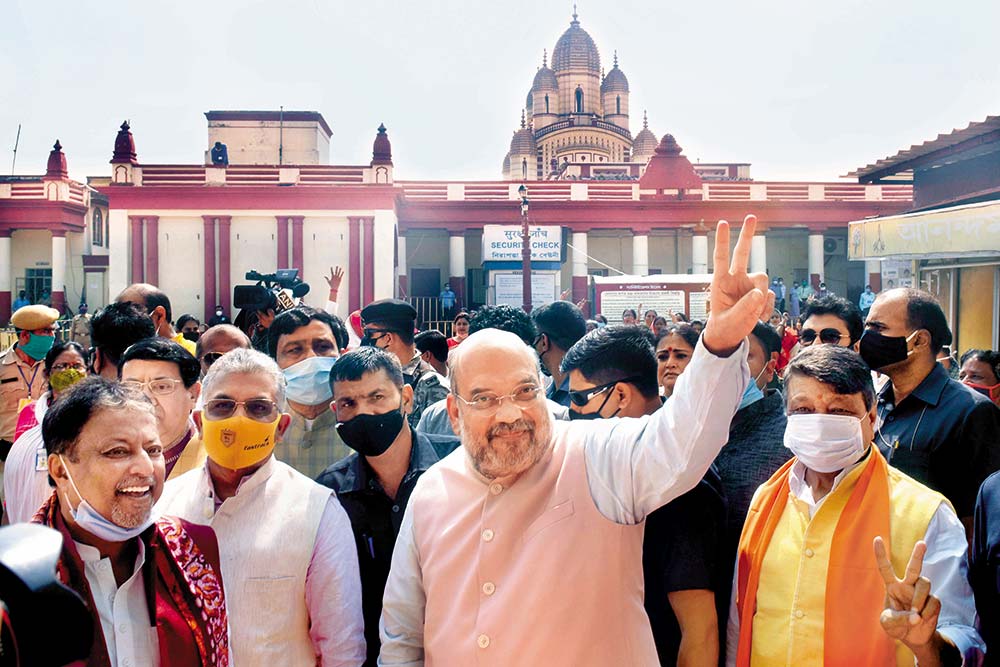 Since joining the BJP in December last year, former Trinamool Congress heavyweight Suvendu Adhikari has made repeated appeals before Left supporters to vote for the BJP in the impending assembly polls so that they can vote freely for their own parties in the 2023 panchayat elections when the new BJP government in West Bengal would ensure free and fair polling. It’s a novel approach.

On the other hand, since January, Prime Minister Narendra Modi and Union home minister Amit Shah started taking digs at the Left leadership for ruining the state’s economy and distorting its “original culture” by indulging in “appeasement politics”.

There is a reason why the BJP is according importance to the Left and taking up a two-pronged strategy to win over their supporters—its 2019 Lok Sabha election success in Bengal was built on Left supporters shifting votes to the BJP to take on the TMC. Now that the Left is trying to revive itself—with a vigorous street campaign and an alliance with the Congress and Muslim cleric Abbas...