Left Out Of Centre: Why Ladakh Has Not Seen A Flurry Of Central Notifications 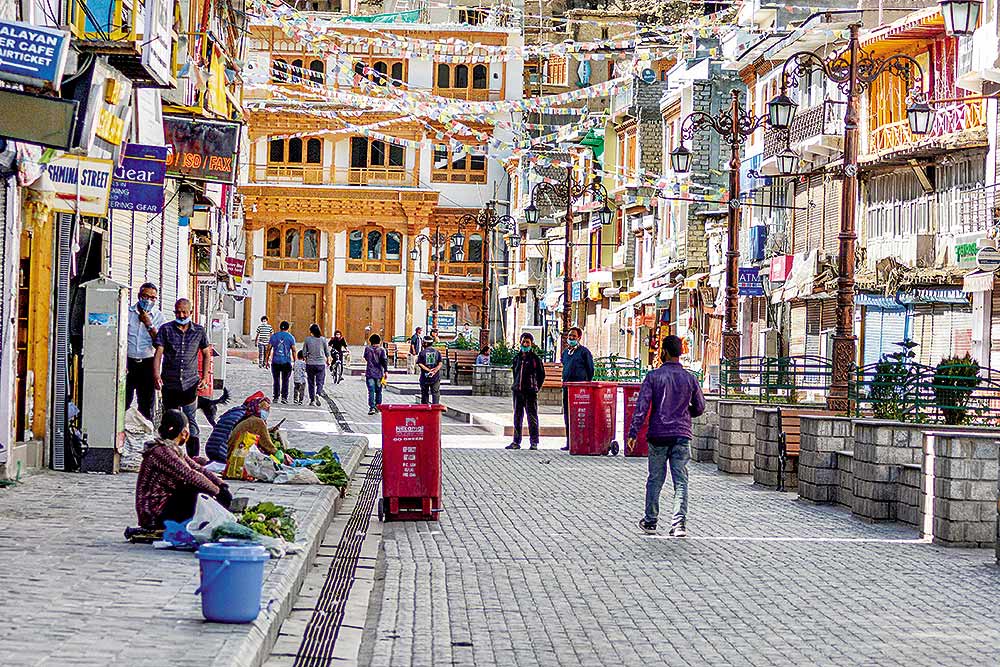 Leh market
Covid and China, twin anxieties, are hurting businesses in Ladakh
Photograph by PTI
Naseer Ganai July 09, 2020 00:00 IST Left Out Of Centre: Why Ladakh Has Not Seen A Flurry Of Central Notifications

Since the abrogation of Article 370 and 35A on August 5 last year and the bifurcation of Jammu and Kashmir into two Union territories, the government has been extending central laws and adapting other laws in the case of J&K, but treading cautiously in Ladakh. “When Ladakh was declared a Union territory, China reacted sharply. This seems to be the sole reason for treating J&K and Ladakh differently in this way,” says Riyaz Ahmad, a Kashmir-based political analyst. The Chinese foreign ministry spokesperson had said in a statement on August 6 last year: “China always opposes India’s inclusion of Chinese territory in the western section of the China-India boundary under its administrative jurisdiction…. The unilateral revision of domestic laws by the Indian side continues to undermine China’s territorial sovereignty, which is unacceptable.”

In Muslim-majority J&K, the domicile law was brought in despite allegations of being part of an attempt to change the demography. Domicile certificates are being issued to former...