Lean And Clean, They Tackle Baahubali

A bevy of young ­professionals has ­entered the election ring in Bihar, but the strongmen are in no hurry to quit the scene 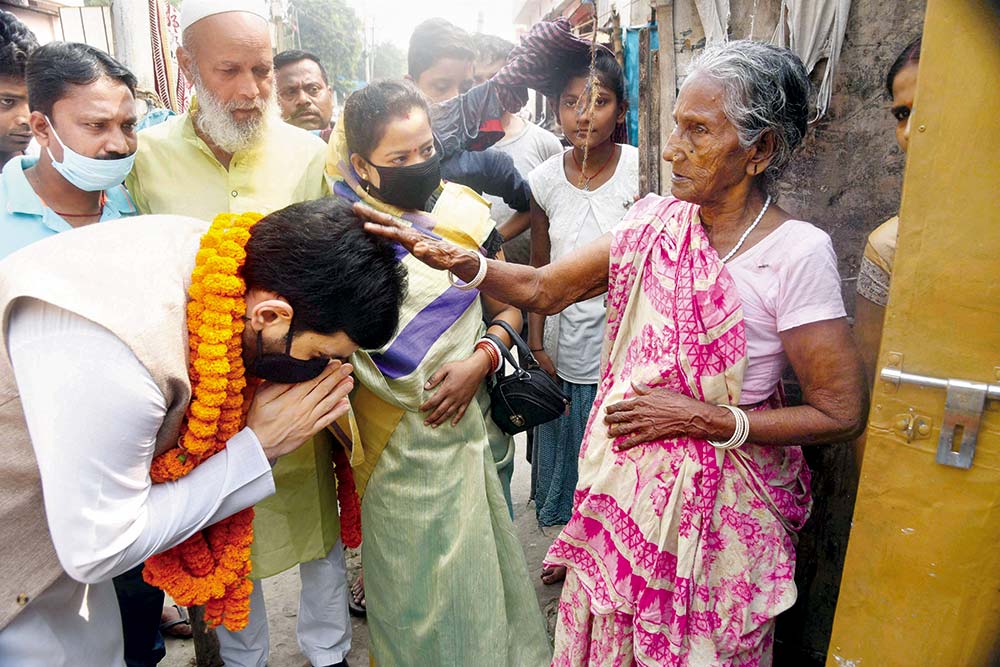 Baahubalis, the ubiquitous strongmen with muscle and moolah in successive elections, have not become irrelevant yet in poll-bound Bihar. They are still holding the fort on their own or by proxy through their kin in the latest ­democratic battle. But a whole new army of highly qualified professionals is trying to usher in a refreshing change by making their presence felt in the fray, alongside the usual politics of guns and goons. From an Arjuna Award-winning female shooter to an educated young woman who changed the face of an underdeveloped village as the mukhiya (elected panchayat head) over the past five years, there are many ambitious candidates from different backgrounds who share a common dream to turn Bihar into a developed state.

Some have ventured into the ­battleground on the ticket of various political parties, while others have dared to try their luck as independents. The most ambitious of them is perhaps Pushpam Priya Choudhary, who founded the Plurals Party with an avowed objective to make Bihar “as ­developed as any European province in 10...