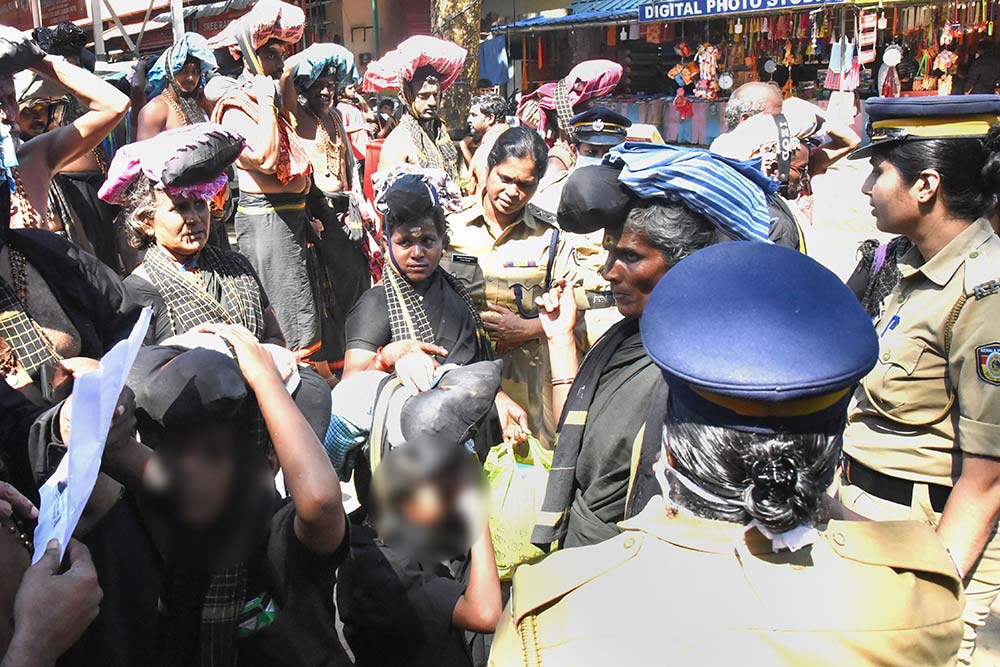 The firecrackers left over in Jithu K.’s Diwali hoard took to the night sky on November 9 in celebration of the Supreme Court’s verdict on the Ayodhya dispute. It was the one indulgence the 37-year-old techie had allowed himself during the traditional 41-day ‘cleansing period’ before his annual pilgrimage to Sabarimala. So when, on November 14, the apex court pronounced its intent to revisit its September 2018 verdict removing restrictions on the entry of women of menstruating age to the hill-top shrine, all that the “life-long” RSS volunteer could do was “exercise restraint”. A five-judge Constitution bench headed by then Chief Justice Ranjan Gogoi in a narrow 3:2 verdict took cognisance of some 65 review petitions and clubbed the Sabarimala issue with wider religious questions, including those of other communities.

As the LDF government vacillated bet­ween expressing its commitment to the judgment and the search for clarity, the “very fact that the SC understood that the issue needed to be studied further is a...