Congress' (A) and (I) Teams In Kerala

Congress leaders in Kerala are past-­masters at deal-making and ­balancing weird equations. 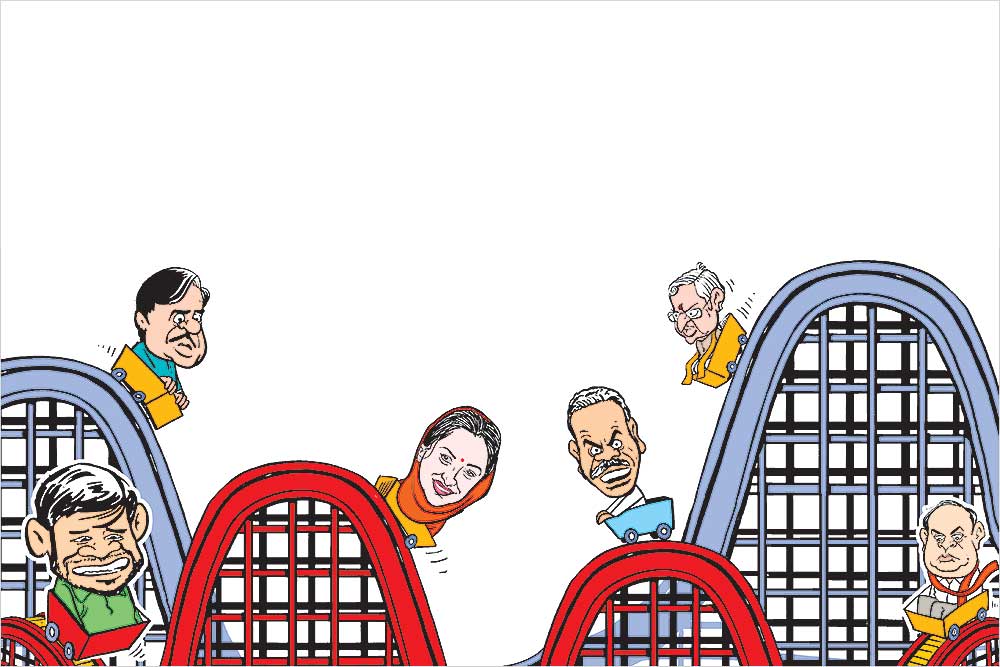 Beneath their starched white khadi shirts, the wrinkles are many. Come elections, they sit around the table behind closed doors to iron them out one by one. And then they somehow flash a broad smile for the cameras, and hug and wish each other the smile of Lady Luck. This time too, it was no different for the Congress in Kerala. The fighting factions—called the (A) and (I) groups—had dropped their weapons just before blood fell on the carpet. Come to think of it, these hard-nosed Congress leaders in Kerala, some dyed and some blatantly grey, are past-­masters at deal-making and ­balancing weird equations. Machiavelli and Chanakya would have to collectively bow to their acumen.

Former CM Oommen Chandy, who leads the (A) group, knows these tricks and then some more, and the way he first swung the Wayanad seat for his man, T. Siddique, is just an ­example. And then he pulled out a vicious doosra when he announced that party chief Rahul Gandhi will himself descend from the North and contest from Wayanad, the forested ­district that forms a...