Scorned valley stays away from the polling booths 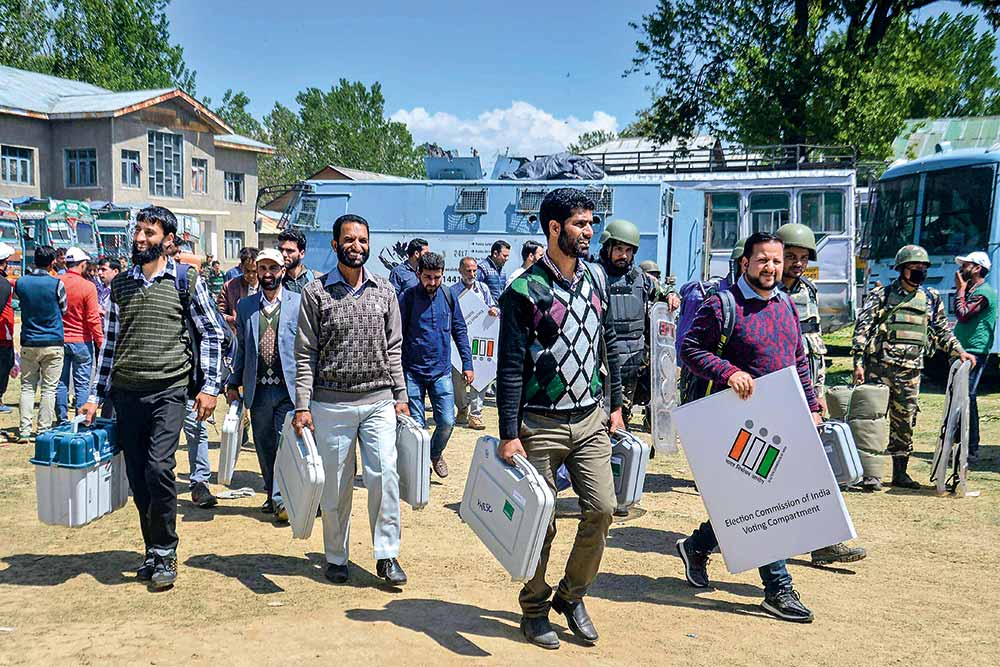 It is the only constituency in the country that is going to polls in three phases. And yet, Anantnag, which comprises south Kashmir’s four districts, shows no signs that elections are on. In the first phase, on April 23, a few people cast votes at the two polling booths, serving 916 and 753 voters respectively, in Bumdoora village. But others thought it was a pointless exercise. “So many people have been killed in the past three years. Hundreds have been wounded. My father was booked under the Public Safety Act. Why should we vote and for whom?” asks one of the youngsters outside the polling station at Government Middle School, Bumdoora.

Some of the village elders say that the Congress candidate, Ghulam Ahmad Mir, has done developmental work in the region and they would vote...