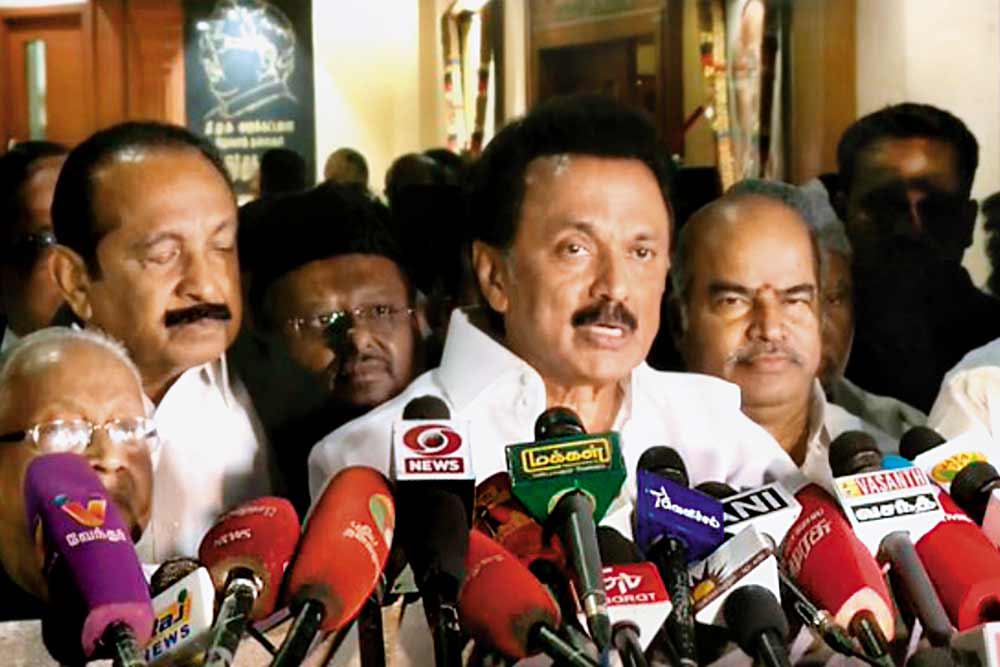 Tamil Nadu has had occasional dallian­ces with separatism. After the 1962 Sino-Ind­ian war, at the height of the anti-Hindi agitation, the DMK wat­e­red down its demand for a separate Tamil nation only after being threa­tened with sedition. But even after the ’60s crisis died down, separatist voices kept resu­rfacing. Indeed, at times it is even fashionable to air such sentiments while snatching at an unf­olding event.

The scrapping of Article 370 has inaugurated ano­ther such season for separatism. This time, mainstream parties, not just fringe gro­ups, have jumped into the fray. DMK spokesperson and advocate A. Saravanan waded into a controversy when he declared on TV that “Jammu and Kashmir was never an integral part of India”. When the NIA started making enquiries if his observation amounted to treason, Saravanan released a statement that “he never uttered anything against the integrity of the country” and that J&K’s integration had happened after Raja Hari Singh signed the Instrument of...