Karnataka Mutiny: Can Congress-JD(S) Govt Survive After Resignation Of 14 MLAs?

While the Congress is blaming the BJP for the ongoing imbroglio, accusing it of horse-trading to topple the government, the BJP’s top leaders have countered the allegation saying the coalition was crumbling on its own. 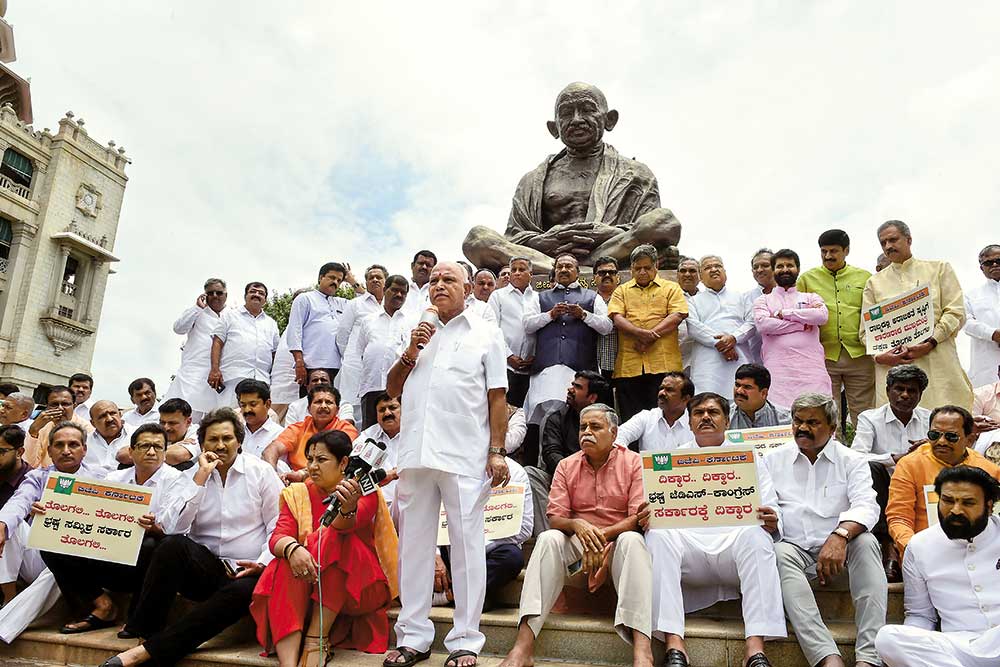 The cracks that Karnataka’s Congress-Janata Dal (Secular) coalition tried to paper over for the past year are widening fast and dramatically, pushing the H.D. Kumaraswamy-led government to the brink. Days after 14 legislators sent in their resignation letters, the future of the Cong­ress-Janata Dal (Secular) coalition is no clearer at the time of going to press, but a full-blown crisis is certainly at hand. Things will likely to come to a head this week—the Karnataka ­assembly convenes on July 12 and Speaker K.R. Ramesh Kumar will meet some of the legislators to decide on their resignations.

In Karnataka, there is a weary sense of deja vu—a decade ago, when state elections last threw up a hung assembly, it was a BJP government which had struggled with rebel MLAs who were shunted to resorts far away from Bangalore. It’s a repeat of those scenes now—many Congress and JD(S) MLAs are holding out from a Mumbai hotel where they...