Karnataka Bypolls: Why Defectors Hold The Key To Power 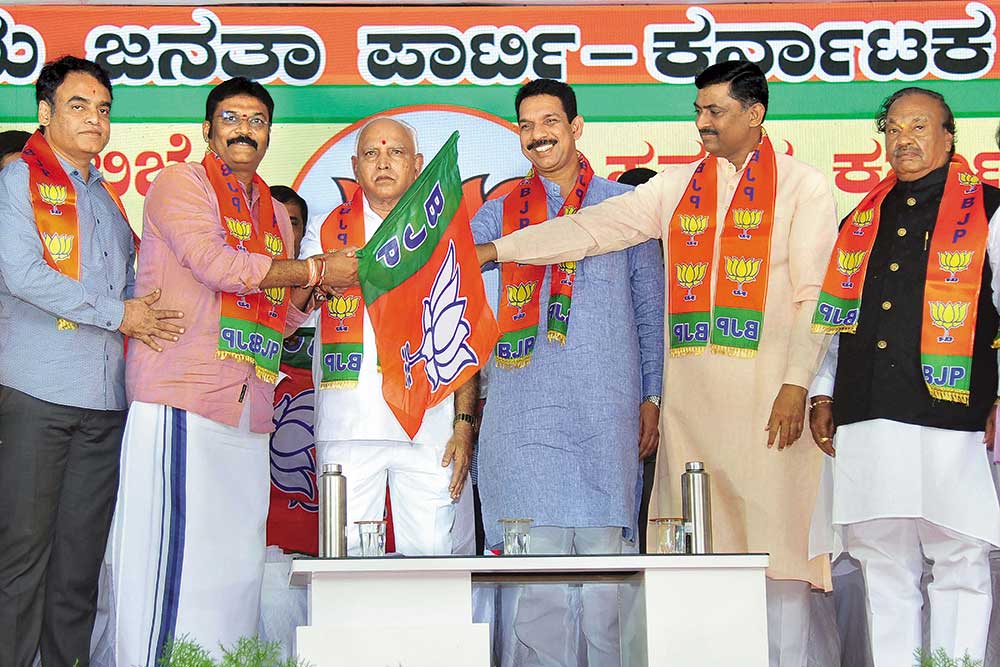 The battlelines are now drawn, or rather redrawn, for the December 5 bypolls to 15 assembly constituencies in Karnataka. Relying on defectors to win these seats, key to keeping the party in power in the state for the next three years, the ruling BJP is going out on a limb. Handing of bypoll tickets to 13 defectors a day after the Supreme Court verdict on them last week has caused resentment among the party’s local leaders—after all, the turncoats may even become ministers if they win. The BJP’s difficulties were evident earlier this month when a leaked audio clip purportedly from a party meeting showed an angry CM B.S. Yediyurappa trying to convince local leaders to back the defectors.

The BJP needs to win eight seats to get a simple majority in Karnataka’s 224-member assembly. It currently has 105 legislators (the Congress has 66 and the JD(S) 34) and is hopeful of winning 10-12 seats. But if it falls short, Karna­taka’s politics will again revert to an uneasy number game between the three major parties. The JD(S), political...