Violence Looks At Itself In The Mirror, And Sees An Enemy

India must acknowledge the untenability of rule by military might 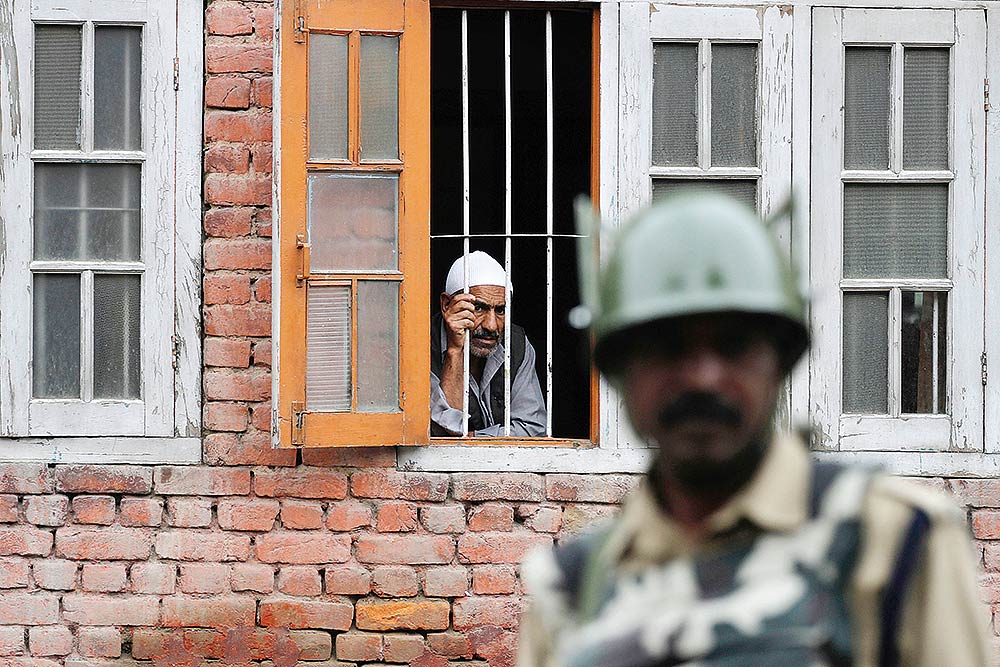 Photograph by Getty Images
Nissim Mannathukkaren July 23, 2020 00:00 IST Violence Looks At Itself In The Mirror, And Sees An Enemy

On May 6, when Kashmiri ­militant Riyaz Naikoo was killed by security forces, the all-­enveloping Covid pandemic ensured the expected eruption of vengeful ­jubilation across social media didn’t reach the levels seen after Burhan Wani’s killing in 2016. Yet, he was Kashmir’s longest-surviving militant. So a more modest version of the coda duly played out: the first protests in the Valley since August 2019, and on the mainland, “nationalist” channels proclaiming that the “poster boy of terrorism”—indeed, the “virus of terrorism”—had been eliminated. This was preceded by the “martyrdom” of eight security personnel, killed by ­militants on May 3-4. Kashmir’s reality—for the last three decades—has been characterised by this cycle of retribution. And everytime a bullet hits home, it hits a human: with a history and an alternate possible-future.

But there is a difference in the legibility, so to speak, of the kinds of violence. While the violence of militancy is...