In its sickening feeding frenzy after Sushant Singh Rajput’s death, the media has gone far beyond its accepted mandate. It’s feeding real regional hatred on the ground. 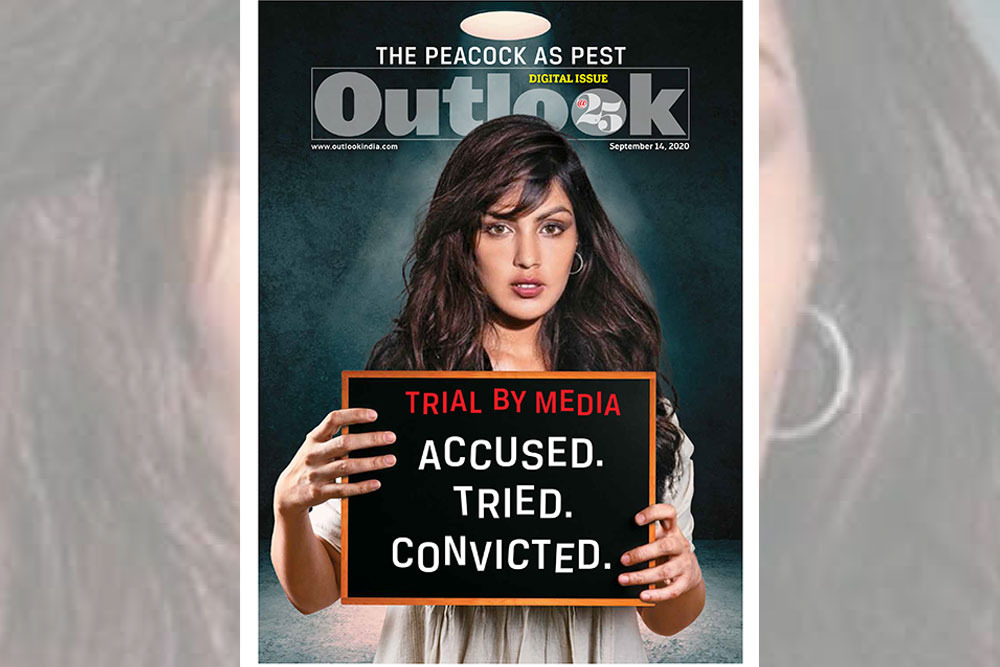 I have been a proud journalist for most of my life, but for brief phases when professional pitfalls such as a delayed promotion or a psychopathic boss forced me to ponder whether pursuing a profession considered of higher calling was worth the pain. I have, I must say, somewhat relapsed into a similar, contemplative mode over the past few weeks. Ever since Bollywood star Sus­hant Singh Rajput was found dead in June, the media drama around his unt­imely death has given the hallowed principles of journalism a noisy burial. If Sus­hant’s death—whatever the cause—was tragic, what followed has been no less a disaster. It has left practitioners like me disturbed and dismayed.

No one denies that the media’s job is to speak truth to power, point out injustices, unearth evidence of corruption and ens­ure justice is done to those wronged. But what we have witnessed since Sushant’s death is far beyond what the media’s accepted mandate is. In the guise of a campaign to deliver justice to Sushant posthumously, a raucous section of media launched its own parallel investigation into the causes that led to the actor’s death and, in the process, irrevocably demolished the reputation of Rhea Chakraborty, his former companion.

The intense media scrutiny whipped up mass hysteria and none today is sure whether Sushant took his own life as initially suggested, or if foul play was inv­olved. While public opinion could be divided, media has had no compunction in concluding who it thinks pushed Sushant to death. Though the basic tenet of criminal justice is that one is innocent until proven guilty, Rhea has been overwhelmingly pronounced the villain by prime-time television. While scrums of journalists hound her and her family inside and outside their home, she has been demonised in many ways—from sex bait to gold-digger and black magician.

A Bengali batting for another Bengali under such circumstances is courting trouble, but I still cannot help empathising with Rhea. Irrespective of her role, there is no denying she’s getting a raw deal. Hashtags such as #ArrestRhea are being aggressively promoted by TV channels and she is being relentlessly subjected to the most appalling abuses, including Bhojpuri music albums whose titles refer to her in the most unprintable terms. With sections of the public baying for her blood, it was only natural that politicians would step in and they have done so with unbridled glee. In poll-bound Bihar, the probe into Sushant’s death is being marketed as a matter of Bihari pride, while the hounding of Rhea is being sold in neighbouring Bengal to deepen the divide between Bengalis and non-Bengalis before elections scheduled next year.

However unfortunate, this media trial riveting the nation is neither the first nor will it be the last. We have seen them whenever there has been a sensational crime—the murder of Aarushi Talwar and Sheena Bora serving as living examples. That the current episode involves a celebrity is actually a godsend for purveyors of media trials. It has got them eyeballs and they can exp­ect extra advertisement revenues to follow. The basic purpose served, none really is losing sleep over whether a fair probe is any more possible. For that matter, the CBI—tasked with uncovering the truth—hasn’t been asked any of the inconvenient questions, including the suicide of a family of four in Delhi who left notes accusing officials of the agency of forcing them to end their lives. The CBI did not even bother to investigate the case.

This time though, I hope, the CBI will play its part and justice will be delivered not just to Sushant, but Rhea as well. As for journalists like me, there is no panacea in sight. In the absence of rules, regulations, self-restraint and remorse, we can brace ourselves for being periodically put to shame.

Innocent Or Framed? Who’s The Real Rhea Chakraborty, After All?