Rahul makes a point on a solitary campaign path, as smaller parties in both the AIADMK and DMK alliances manoeuvre for better bargains 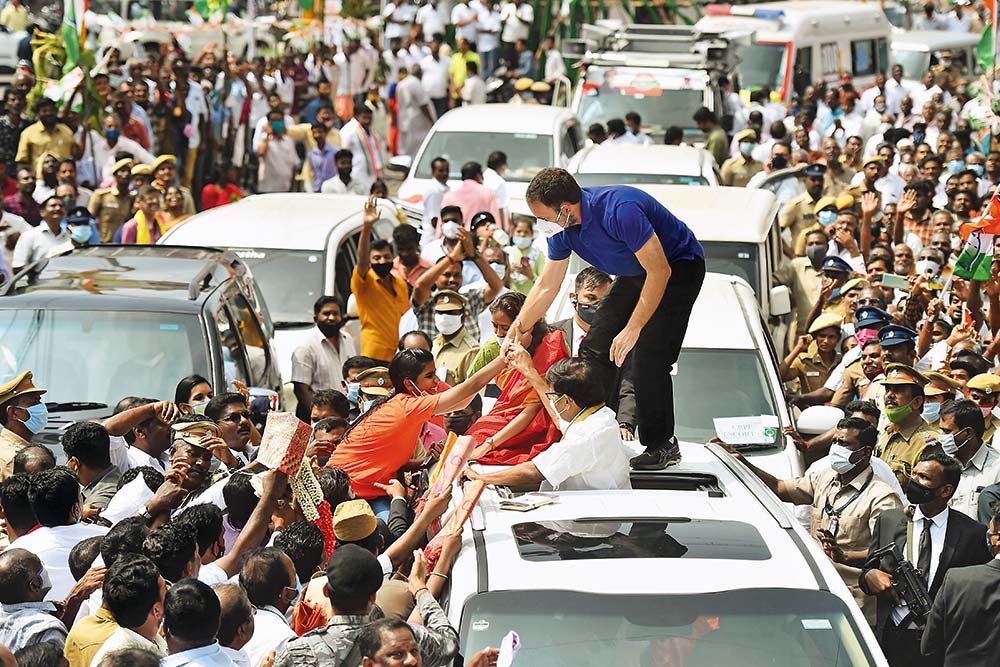 From The Rooftop
Rahul Gandhi at a roadshow in Karur
Photographs by PTI
G.C. Shekhar February 03, 2021 00:00 IST Jockeys Infest The Turf Club

It is a fact commonly acknowledged that cutthroat, pre-poll dealings are garnished, for the public and their mediators, the media, with sumptuous photo-ops rich in symbolism. Thus, Congress leader and MP Rahul Gandhi found a way into the hearts of Tamils—through their palates. During his recent tour of the state, the Congress leader joined members of the popular Village Cooking YouTube Channel to help prepare onion raitha to accompany the mushroom biriyani the members had prepared for him. Earlier, during his three-day road show in four western districts of the state, Rahul hopped into roadside tea stalls to sip chai and munch on butter biscuits with locals and party workers, lunch (on banana leaves) with women workers of a spinning mill and take selfies with all.

“He was extremely approachable and informal, and clad like a teenager in jeans and a T-shirt. For people used to politicians in their starched veshtis and shirts, he was a breath of fresh air. He definitely scored through his opt­ics, coming across as an affable and app­roachable...