January 5, A Blood Sunday At JNU: More Questions Than Answers. Did Police Right The Wrongs?

Jawaharlal Nehru University will continue to remain in the news as students demand the Vice Chancellor's resignation and protest against fee hike. But there is more than meets the eye 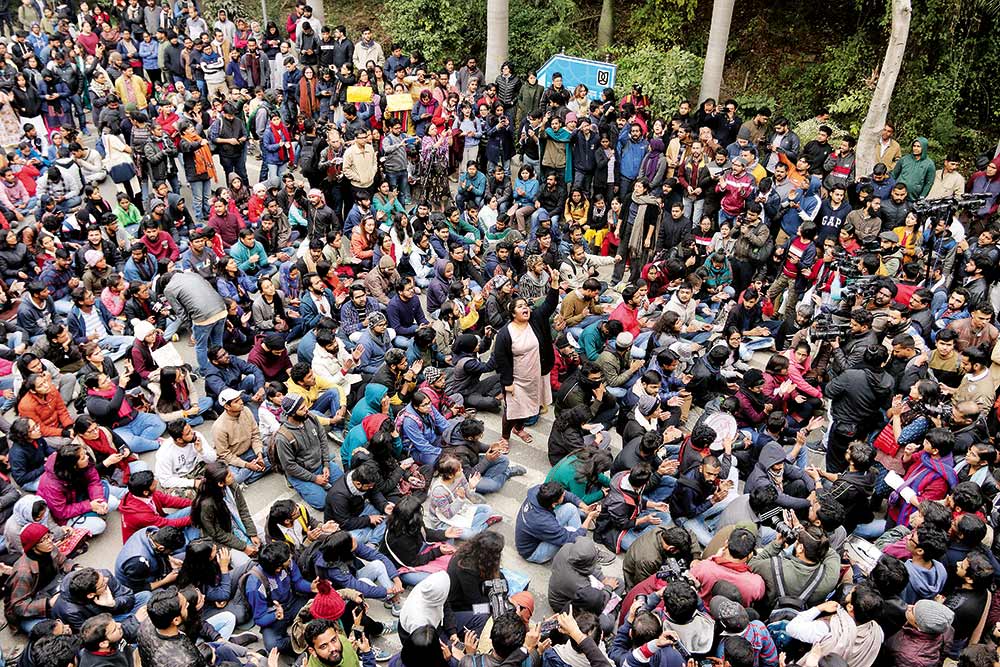 Even for a place so fabled for being a political laboratory, the first Sunday of 2020 would be remembered as a plot-turning chapter for Jawaharlal Nehru University. On January 5, a campus where student politics is mostly high-minded polemic, and slogans are the harshest weapons in view, was served with a more ominous version. A Bloody Sunday it was, as over 50 “unidentified goons” entered the campus and injured over three dozen people, including students and teachers, and vandalised varsity property. The proximate cause—a long-running agitation against a massive fee hike—may seem unconnected to other things, but in the backdrop of countrywide protests, including in other campuses, the episode bled into the larger anti-CAA story frame. The same protagonists and antagonists ranged against each other, just a new inflection point.

Eyewitnesses say it started between 5 and 5.30 pm, as the teachers association (JNUTA) was winding up its peace march around Sabarmati Hostel—this is placed north-central in the sprawling, 1,019-acre campus, supposed to...