Two wars with Pakistan and crippled by three decades of insurgency, the BJP government wants to close the 'issue' in the Muslim majority state of Jammu & Kashmir. Will a divide-and-rule and blow-hot-blow-cold policy bring peace? 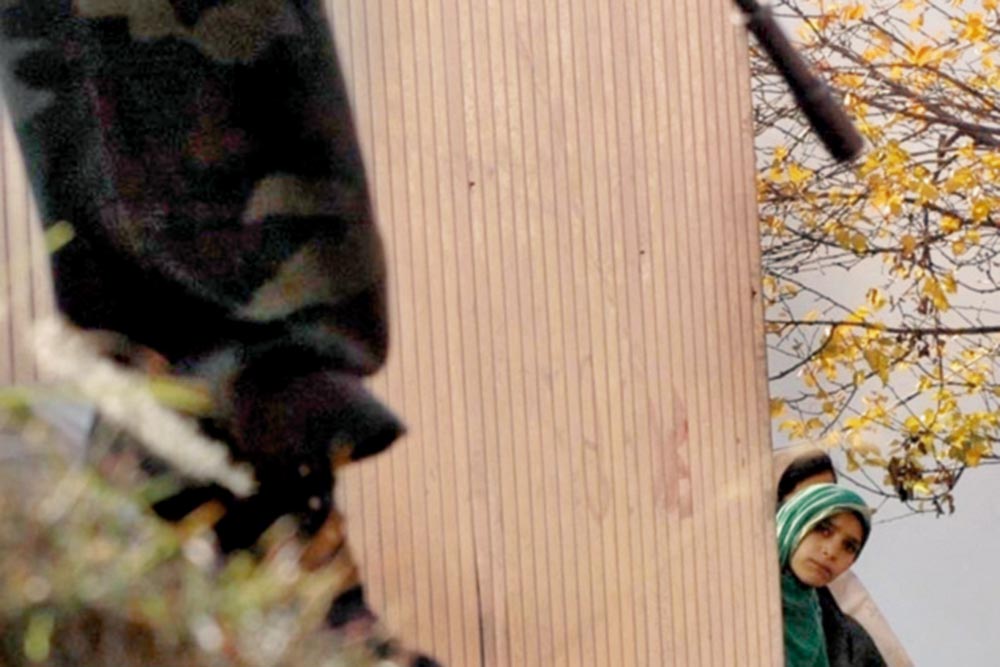 Borderliners
A Kashmiri family looks at a soldier at a village in Uri
Photograph by Javaid Ahmad
Bhavna Vij-Aurora August 01, 2019 00:00 IST Jammu. Kashmir. Ladakh! Will Government's Ambitious Plans To Regain Paradise Lost Be A Misadventure?

The water of the Dal sparkles under the July sun; anchored shikaras bob up and down as gentle waves lap at the shores of the iconic lake in the capital of Jammu and Kashmir. Buses carrying pilgrims to the Hindu cave-shrine at Amarnath move along the boulevard that skirts Dal Lake; passengers peek out from the windows to click photographs on mobile phones as they soak in the beauty of the picture-postcard landscape. The buses are tucked in a military convoy—a long, winding row of diesel-powered vehicles carrying soldiers to this land of flaming-red chinar and snow-capped Himalayan peaks. It’s the land Mughal emperor Jahangir once famously described as the heaven on earth. It’s a paradise almost lost. It’s a paradise India seeks to regain.

For the BJP-led government led by Prime Minister Narendra Modi, Kashmir needs a closure as an “issue”—an unfinished story that dates back to the time when Maharaja Hari Singh signed an instrument in October 1947 to accede the Muslim-majority Kashmir Valley to India. Two wars with Pakistan and three...