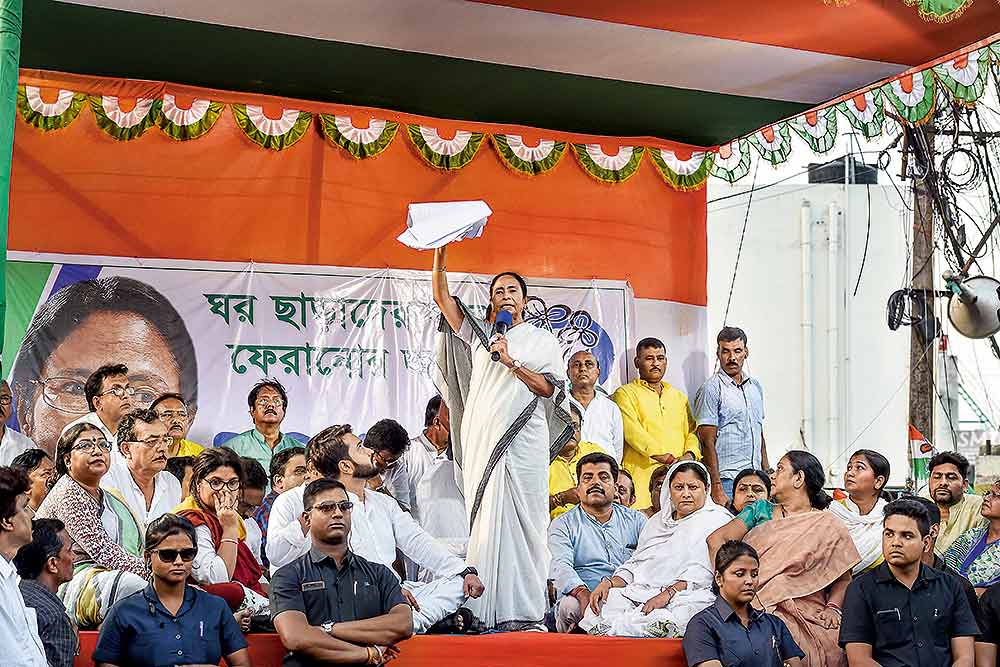 For high political drama encapsulated in a few minutes, it has few parallels; as a continuation of the pitched battle—verbal and otherwise—fought in Bengal by the Trinamool Congress and the BJP throughout the poll season, there can be no greater confirmation. A motley group shout ‘Jai Shri Ram’ as the convoy of West Bengal chief minister Mamata Banerjee passes through an industrial belt on the northeastern fringe of Calcutta. As if on cue, the vehicle carrying Ban­erjee, the TMC chief, stops and she steps out. “Who’s shouting Jai Shri Ram?” she demands angrily. No one volunteers an answer. “If I am alive, I will see how far you go. Bengal will be ours,” she thunders, instructing the police to note down names of the men who shouted the slogan—a veritable war cry of BJP workers.

Bruised and embittered by the 18 Lok Sabha seats lost to the saffron surge in Bengal—until now, perceived as a secular frontier—Mamata is trying to counter ‘Jai Shi Ram’ with ‘Joy Bangla’ and...