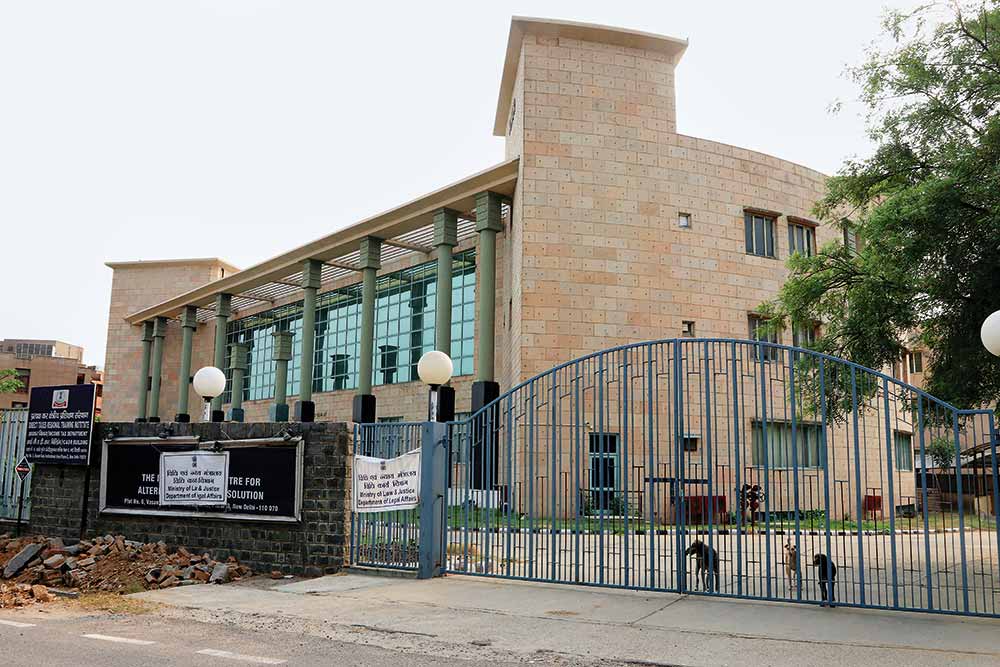 The International Centre for Alt­ernative Dispute Resolution (ICADR) may not ring a bell with people outside the legal pro­fession, but control of this 25-year-old institution, headquartered in New Delhi, has become a bone of contention between the Union government and the registered society that has been running it since 1995.

The tug-of-war began earlier this year, when on the intervening night of March 2 and 3, the promulgation of the New Delhi International Arbitration Centre (NDIAC) Ordinance sought to transfer all undertakings of the ICADR to the Union Law Ministry. The ICADR, which has Chief Justice Ranjan Gogoi as its chairp­er­son and a governing council packed with legal luminaries like Attorney-Gen­eral K.K. Venugopal, challenged the con­st­i­tutionality of the ordinance in the Delhi High Court and got a stay order. On July 3, Union law minister Ravi Shankar Prasad introduced a bill in the Lok Sabha seeking to replace the ordinance. On July 8, the Supreme Court refused to entertain the Centre’s plea to vacate the stay...