Innocent Or Framed? Who’s The Real Rhea Chakraborty, After All?

The former live-in companion of Sushant Singh Rajput has been called all kinds of names during the ongoing media trial, being singled out as the mastermind of sorts for the actor’s demise under mysterious circumstances in Mumbai on June 14. 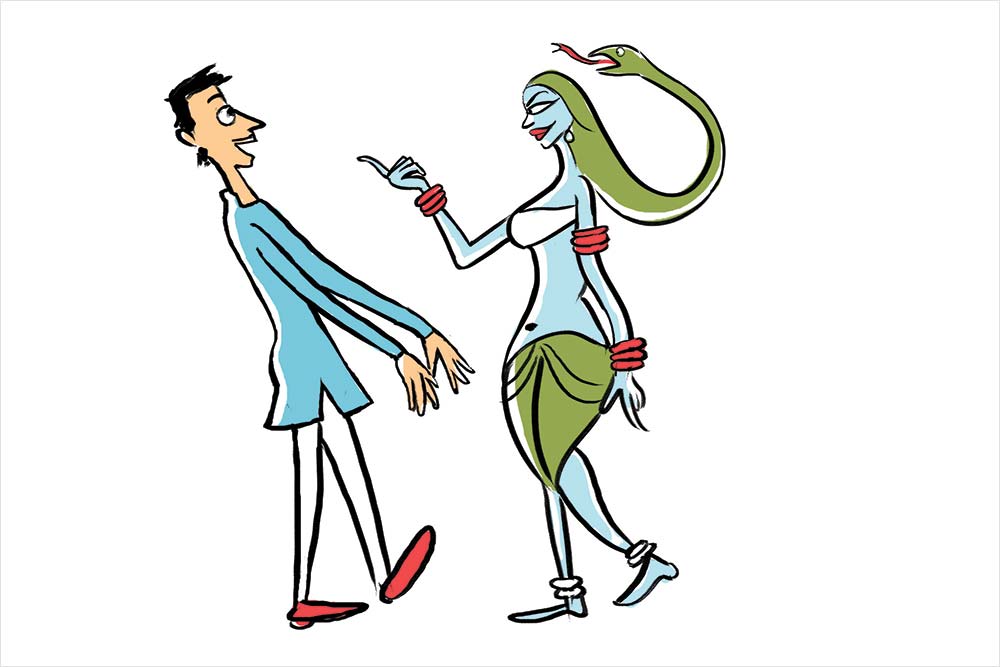 Illustration by Saahil
September 03, 2020 00:00 IST Innocent Or Framed? Who’s The Real Rhea Chakraborty, After All?

Even as the CBI, ED and the NCB carry out investigations into the suicide-or-murder theories in the high-profile case, here is how the 28-year-old actress is being portrayed on prime-time television even before the legal trial gets underway.

On television, she has been likened among other things to a vishkanya, the mythical snake woman, who entices men and hisses them to their doom with venomous tricks.

Rhea Chakraborty claims that she is a simple middle-class girl, who is now paying the price for just loving a boy named Sushant Singh Rajput.

Sushant’s father K.K. Singh alleges that she is a hatyarin (murderer) who poisoned his son to death in cahoots with her accomplices over a period of time. Many TV channels seem to agree.