In UP Maths, BJP Gives No Quarter 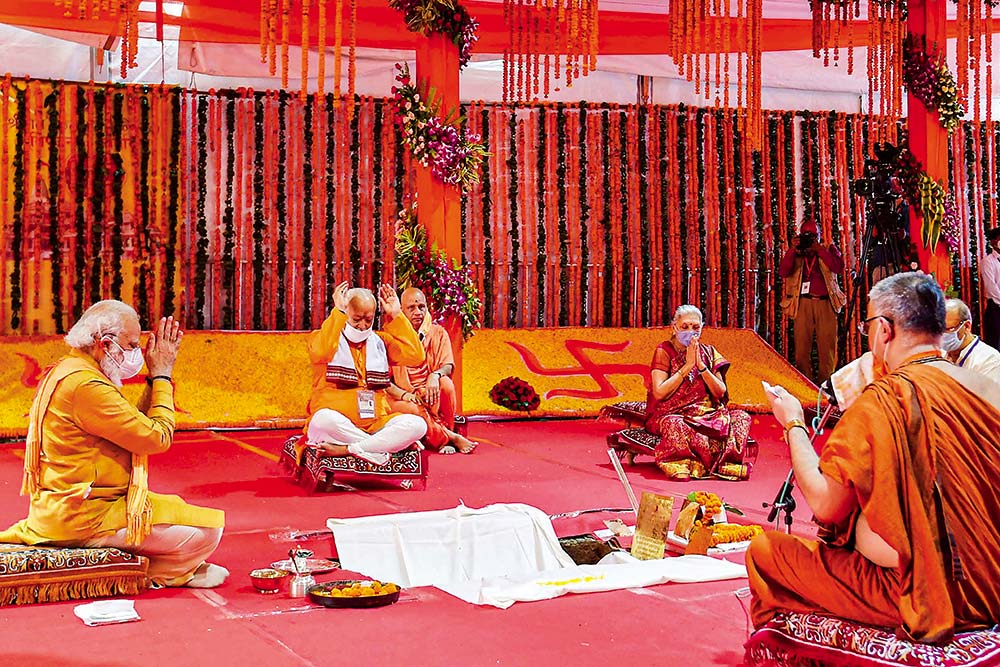 Ayodhya—PM Narendra Modi at the bhumi pujan of the Ram Temple
Photograph by PTI
Bhavna Vij-Aurora June 03, 2021 00:00 IST In UP Maths, BJP Gives No Quarter

For all human reasons and his own reasoning Plato understood the correlation between maths and politics—and that was a long, long time ago, much before the first-to-post electoral democracy evolved. Political arithmetic found a definitive equation when Narendra Modi chose Varanasi as his launchpad for the 2014 general elections—a carefully calculated move. What better place to assert the BJP’s Hindutva ideology than a holy city? Mahadev and Ma Ganga, he expounded. What better way to tug at the heartstrings? Above all these, it was equally an acknowledgement of the sway that Uttar Pradesh holds in the country’s political landscape. For the BJP, taking on the UPA’s two-term incumbency, it was important for its PM-candidate to move out of home state Gujarat to the nation’s heartland: The most populous state of 24 crore people that bore eight of the 13 PMs before him. Political maths, right? But for the context, it was all an electoral calculation. And a successful computation, indeed!