In The Red Zone

As Covid cases keep an upward trajectory in ­Kerala, a low ­fatality rate comes as a silver lining 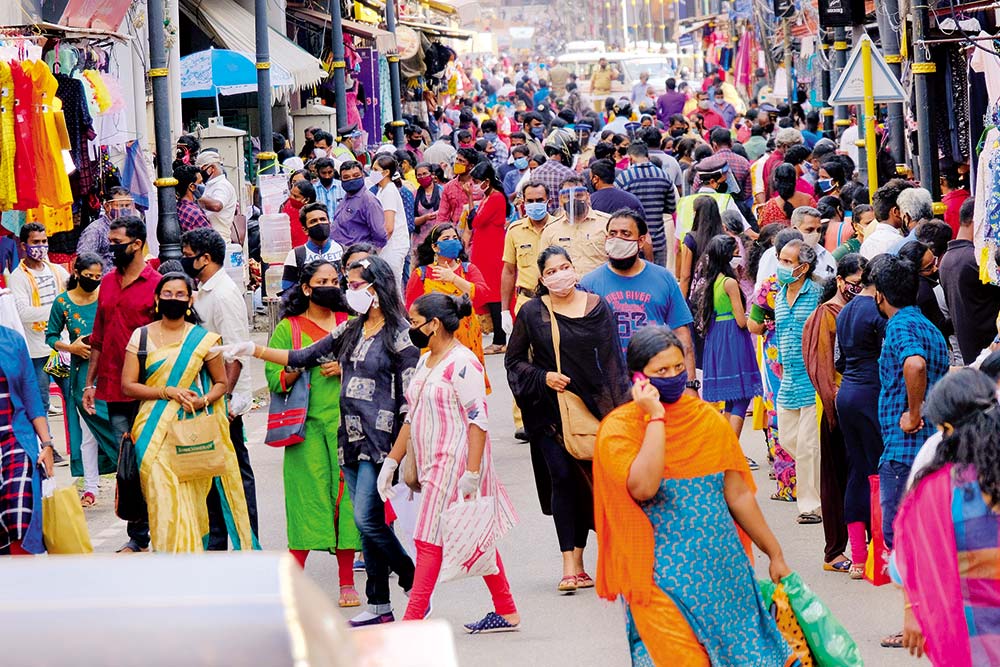 Crowd at a market in Thiruvananthapuram
Photographs by V.V. Biju
Preetha Nair October 22, 2020 00:00 IST In The Red Zone

Subin Dominic has been sifting through every local newspaper for an update on the reopening of the local market, where he owns a shop. ­Situated in the bustling Aluva market in Ernakulam, his shop was closed for more than a week and he is eagerly awaiting an announcement from the municipality about the reopening. Dominic runs a wholesale fish business, which he took over from his father 30 years ago. The lifting of lockdown restrictions hasn’t brought him any relief. His business has shrunk by half in the past six months and bank debts are mounting. “It will take a few years to recover from the losses. I have never faced such a situation before,” says Dominic.

Aluva market and a few neighbouring localities were declared ‘cluster zones’ in July, following a sudden spurt in Covid cases. Just two months earlier, Kerala had reported only 499 cases and two deaths. With July marking a change in the pandemic curve, Kerala has added more than three lakh cases ­during this ‘second wave’. On October 19, Kerala reported 5,022 cases...