A vengeful government targets the No. 1 Odia news channel 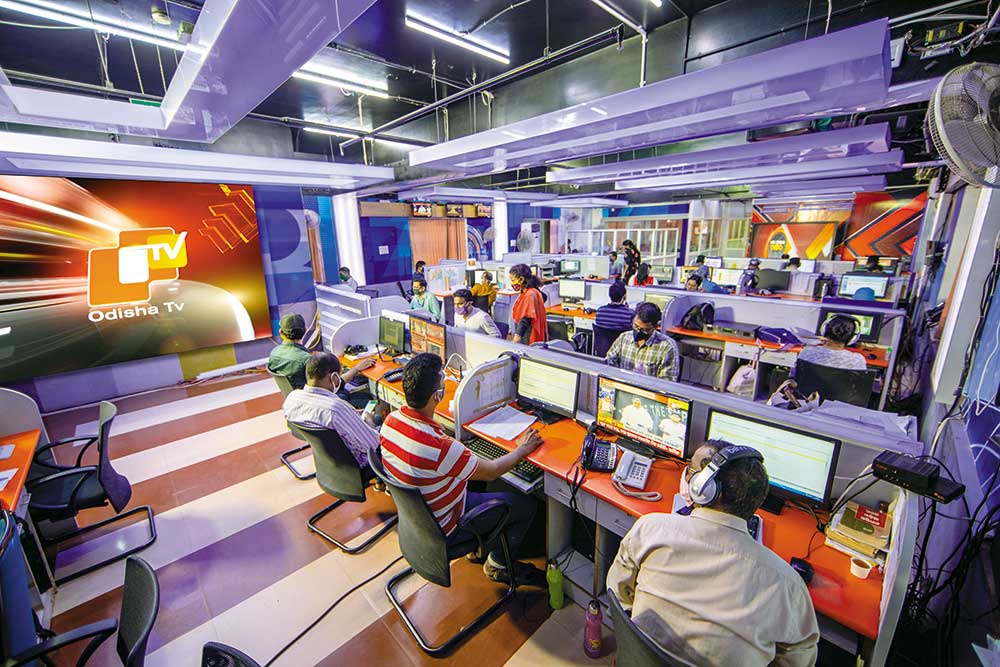 The mask is off, and all pretensions of playing by the rulebook have been dispensed with. It is now clear that the Naveen Patnaik government in Odisha is out to ‘fix’ OTV, the leading Odia news channel headed by Jagi Mangat Panda, wife of the BJD supremo’s bete noire and BJP national vice president Baijayant (Jay) Panda. An allegation of gang rape of a minor girl by eight people, two of whom were reportedly employees of the channel, has provided the government just what it needed. Though the alleged serial rape took place in April-May, the case was filed by the mother, a former OTV employee, only on August 30, and the Twin City (Bhubaneswar and Cuttack) commissionerate police are yet to identify the accused OTV staff or the police officials allegedly involved in the case. Almost all senior OTV personnel have been repeatedly grilled at Bhuba­neswar’s Mahila police station, while Jagi Panda was summoned by the State Women’s Commission (SCW).

The police’s refusal to go after the other accused leaves little room for doubt that the investigation is aimed more at ‘teaching a lesson’ to the channel rather than getting to the bottom of the case. In fact, Twin City commissioner Sudhanshu Sarangi recently said that involvement of police personnel was not the focus of the probe. “The investigation is going on in another direction,” he said when asked if the accused personnel had been identified yet.

Hearing a petition seeking transfer of the case to the CBI, the Orissa High Court rapped the Twin City police on the knuckles over the probe’s tardy pace and asked for a status report. While no one from the BJD was willing to speak on the case, SCW chairperson Minati Behera made it clear that the commission was not probing the gang rape, but alleged harassment of the girl’s mother at her former workplace.

Earlier, a case was registered under the recently amended Epidemic Act, the Disaster Management Act and the IT Act against OTV and its sister concern Odisha Reporter for sharing an audio tape on their social media platforms that blew the lid off gross mismanagement at Covid hospitals and care centres opened by the government. The entire top brass of OTV and Odisha Reporter was repeatedly questioned at Bhubaneswar’s Capital police station. Nothing has been heard about the case since.

Efforts to pin down OTV started almost as soon as Jay Panda fell out with Naveen in 2018.

“Obviously, the intention was to ­harass us,” says Odisha Reporter editor Deben­dra Prusty. “We were summoned even before the identity of the two persons whose conversation featured in the audio tape had been ascertained. In any case, the audio had already gone viral by the time we shared it on our ­social media platform. I was summoned for three consecutive days and made to sit at the police station for five hours every day, answering the same frivolous questions that had absolutely nothing to do with the case.”

Efforts to pin down OTV started ­almost as soon as Jay Panda fell out with Naveen in 2018. It started with the BJD boycotting OTV’s prime-time debate. Even as lesser channels were given ­government advertisements worth crores in the run-up to the Hockey World Cup in December 2018, the leading Odia channel was not given a paisa. It did not even get entry to the Kalinga Stadium for the marquee event. The ­imprisonment of Delhi-based defence analyst Abhijit Iyer-Mitra for nearly six weeks on charges of “hurting Odia sentiments” was yet another instance of the government going after Jay Panda, who had invited Mitra and another Delhi-based journalist, Aarti Tikoo Singh, to see the state. The Panda family’s entire fleet of three helicopters was grounded for weeks after a case of violating environmental rules was filed regarding a chopper flying over Chilika lake. A few days later, operations at the Brahmani­pal charge chrome mines belonging to IMFA, a company owned by the family, were halted by the local administration for several weeks for failing to sprinkle water on the road used to carry ore.

Despite all efforts at ‘fixing’ it, ­however, OTV continues to top the TRP charts—it stood at 99 for Week 38 ­(ending last Thursday), while closest rival Kanak News was far behind at 38, followed by Kalinga TV at 32. A concerted campaign against OTV by channels promoted by the ruling party has failed to cut its popularity. If anything, people see in the two back-to-back cases a clear attempt to harass OTV.