In Jharkhand, BJP's Biggest Strength Is A Weak And Unsure Opposition 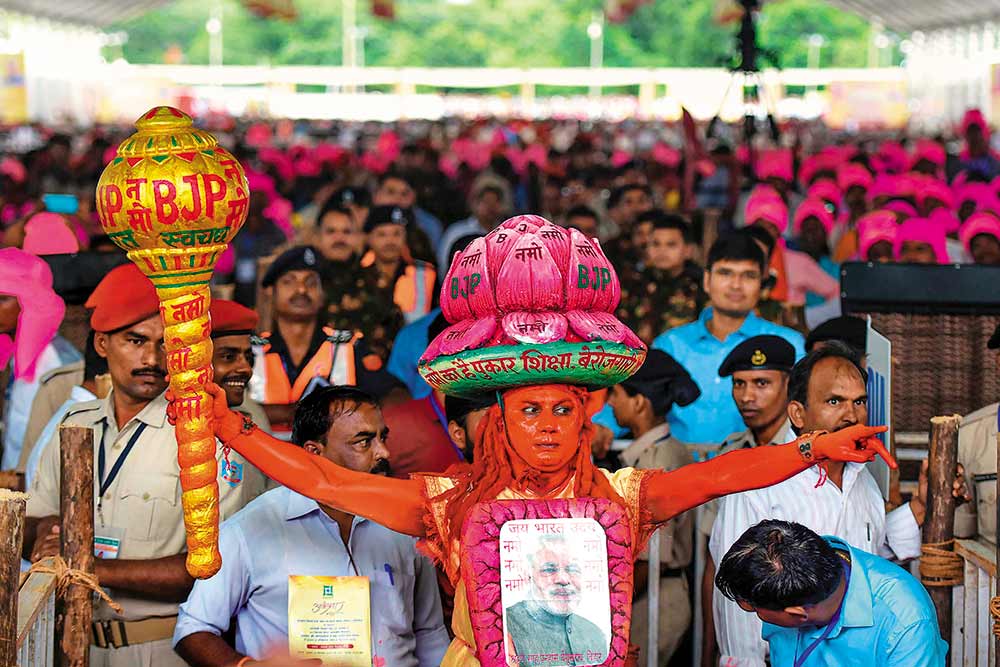 Namoyana
Dressed as Hanuman, a Modi bhakt at a meeting in Ranchi
Photograph by PTI
Puneet Nicholas Yadav September 19, 2019 00:00 IST In Jharkhand, BJP's Biggest Strength Is A Weak And Unsure Opposition

When Raghubar Das completes his stint as Jharkhand CM, he would have two firsts to his credit. In December 2014, foll­owing the BJP-AJSU allia­nce’s victory, Das become Jharkhand’s first non-tribal CM. Five years later, he is set to be the only CM to have completed a full term in office in a state known for its unstable governments and recurring spells of President’s rule since it was car­ved out of Bihar in 2000.

But has Das also earned the spurs to ensure Jhar­khand re-elec­ts a BJP government even after shocking re-runs of lynch mobs targeting Muslims and others, a spike in starvation deaths, rec­urring power outages and joblessness, all under his watch?

In the 81-member assembly, 28 seats are reserved for tribals, who also determine the results in a dozen non-reserved seats. Yet they have been the worst hit by mandatory linking of Aadhaar with the public distribution  system and MGNREGA wage acc­ou­nts. Exclusion of bona fide beneficiaries for want of Aadhaar has led to a rise in starvation deaths over the...