How Probe Against Robert Vadra Keeps The Pressure On Congress 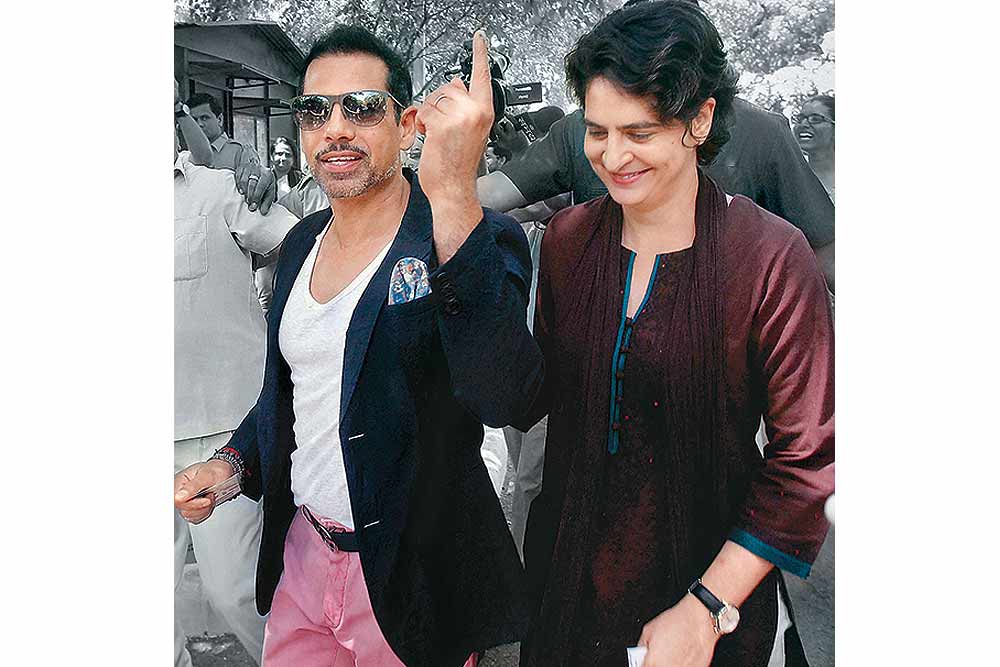 On June 30, the day before Congress general secretary Priyanka Gandhi Vadra received an eviction notice for her Lutyens’ Delhi bungalow from the ministry of housing and urban development, the CBI filed an FIR that they believe will take them closer to nail her spouse Robert Vadra—something various investigating agencies have been trying to do through an intricate tangle of cases and associates. From land deals in Haryana and Rajasthan to high-end ‘benami’ properties in London and kickbacks in a Rs 6,800-crore petroleum deal signed in 2009 when the Congress-led UPA was in power, the investigations are complex and also involve Vadra’s suspected aides—fugitive arms dealer Sanjay Bhandari and Dubai-based Kerala businessman C.C. Thampi.

Sources in the investigating agencies say the attempt is to hem in Vadra one way or the other. Even as the agencies try to build a case against him, they admit it is difficult to connect all the dots. “We examined all the existing evidence and found nothing conclusive,” concedes an official...