BJP Controls The Game After Balakot As Opposition Loses Narrative

Opposition is floundering in their bid to find a viable way to deny BJP the glory and halo of a ‘heroic’ cross-LoC strike. 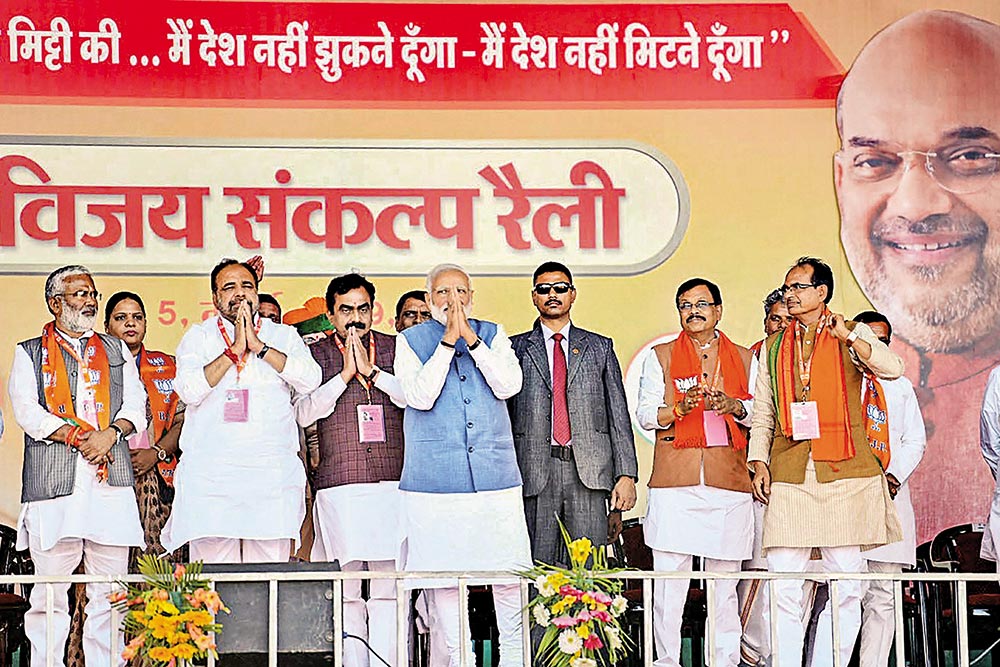 Riding A Wave
PM Modi and other BJP leaders at a rally in Dhar, MP
Photograph by PTI
Preetha Nair March 07, 2019 00:00 IST BJP Controls The Game After Balakot As Opposition Loses Narrative

At a political rally in Patna’s ico­­nic Gandhi Maidan last week, Ram Vilas Paswan was a touch more than effusive in praising Prime Minister Narendra Modi. “Earlier, we used to say that his chest is of 56 inches. But, today, Gandhi Maidan is honouring you by saying Narendra Modi’s chest size is not 56 inches, but 156 inches.” Held in the backdrop of India’s dram­atic airstri­kes in PoK, and the breathless media coverage of it, the rally was nat­ura­lly dyed in those colours. With just weeks left for a general election, the political scenario has been irrevocably given a ‘natio­n­alistic’ turn. And Paswan, a wily veteran known as the best hand at spotting which way the wind is blo­w­ing, had already hitched his wagon to what he deemed the rising star. So dramatically art­iculating a theme that the ruling Nat­i­onal Democratic Alliance (NDA) will make its war cry for 2019 makes sense for him. Given the strong sentiments the theme can evoke, wha­tever else happens,...