Scindia pushes loyalists in the MP cabinet, as Chouhan fights disaffection in his ranks and endures snubs from Delhi 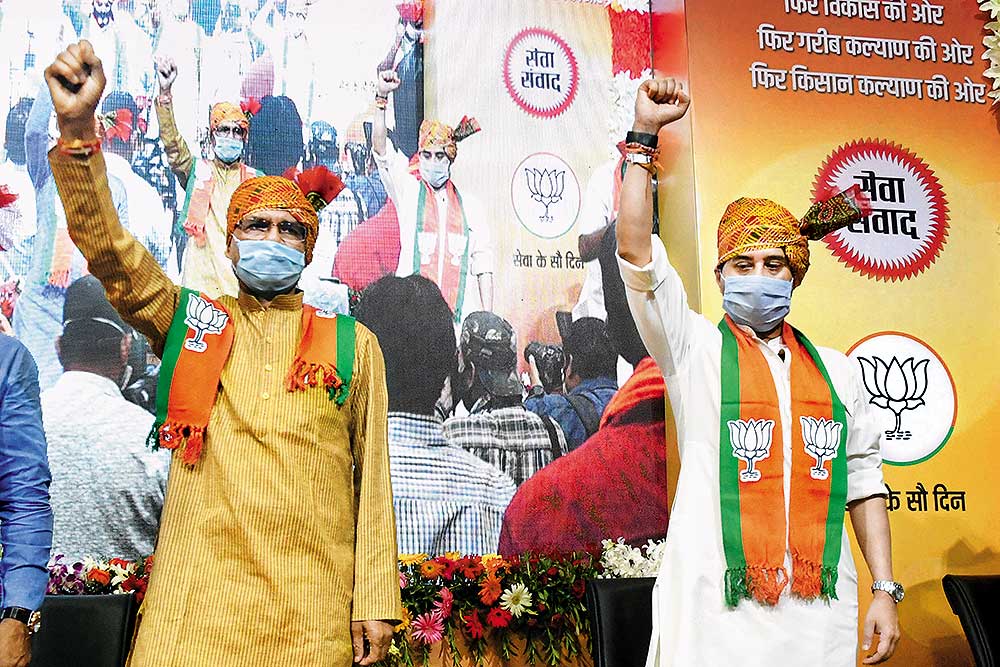 Welcoming Jyotiraditya Scindia into the BJP in March at a function in Bhopal, Madhya Pradesh Chief Minister Shivraj Singh Chouhan had called his new party colleague ‘Vibhishan’. The appellation, straight out of the Ramayana in which Vibhishan betrays his brother Ravan to side with Lord Ram, led many to wonder if Chouhan meant it as a compliment or a taunt. The political din over Chouhan’s remark soon died down as focus shifted to his poor handling of the coronavirus pandemic, which gripped the state soon after he assumed office for a record fourth term.

Over 100 days later, as he finally managed to expand his cabinet—the first five-member cabinet was formed on April 21—Chouhan signalled that he had moved on from the lessons of Ramayana to the battlefield of the Mahabharata. Curiously though, Chouhan’s rival in the political battle in M.P seems to be his newly acquired colleague, Scindia, and not the Congress party. If machinations in Bhopal are anything to go by, Chouhan seems to be mired in a more...