By erecting the country's tallest Cross, BJP leaders in Mizoram are on a mission to apply 'balm of love' on the state's Christians 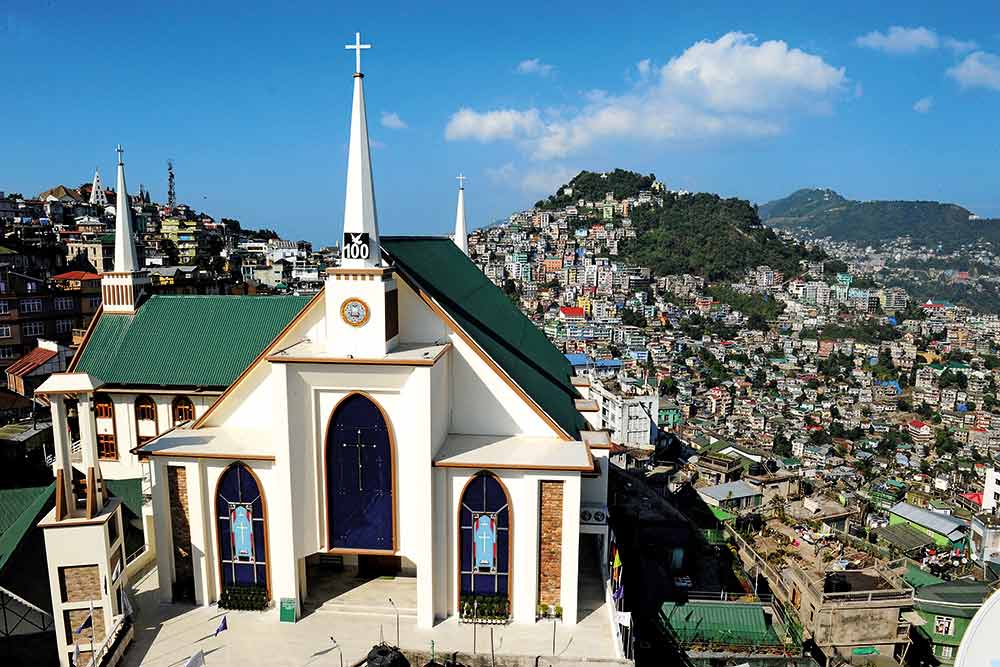 Photograph by Sandipan Chatterjee
Abdul Gani August 13, 2019 00:00 IST How BJP Is Capitalising Power Of The Church In Christian-Majority Mizoram

The country’s tallest Christian cross could be coming up in Mizoram. And guess who is planning to erect it? The BJP, of all parties. Carrying a prominent Hindu tag in a Christian-majority state can be a major disadvantage. More so in Mizoram, where the influence of the Church permeates every layer of Mizo society, especially politics. For the BJP, which has managed to find foothold in most states in the Northeast, Mizoram has proved to a hard nut to crack. So what does it do? Form a Christian Missionary Cell, of course, to woo the Mizos. The irony is not lost on the Mizos. Here’s is a party which has been very critical of Christian missionaries, accusing them of luring tribals and other communities with cash and kind to convert to Christianity.

BJP leaders in Mizoram, however, refute the charge and say that the cell has been formed to put the “balm of love” on the Christians. Christians account for 87 per cent of Mizoram’s population of about 1.12 million. “We are hopeful of winning the confidence of the people,” says Mizoram BJP...