Hostage To A Pilgrimage 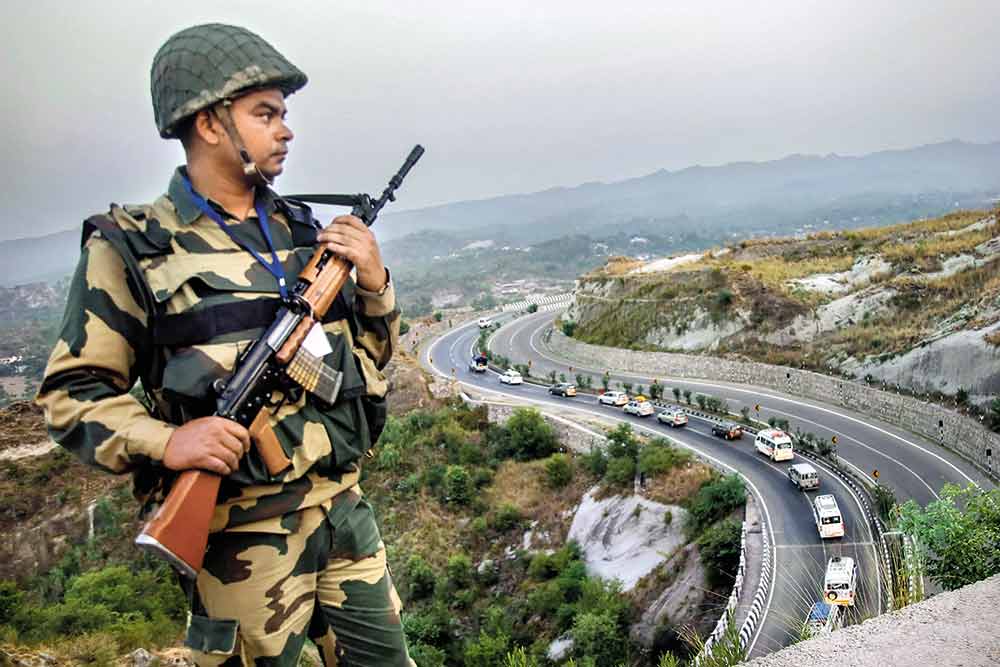 No Entry
An officer stands guard along the Jammu-Srinagar highway
Photograph by PTI
Naseer Ganai July 11, 2019 00:00 IST Hostage To A Pilgrimage

Chandanwari is a mountain idyll ensconced amidst pine trees, verdant meadows and gurgling streams. However, as one of the two base camps of the Amarnath Yatra, it has been swarming with people this month. More than a lakh pilgrims have already visited the shrine. Over 30,000 officials are on duty, ­including 1,300 doctors and paramedics. Devotional music from loudspeakers resounds in the meadows.

However, the festive mood here belies the unrest brewing in the rest of the Valley. Bunkers have sprouted along the Srinagar-Qazigund highway and the ­deployment of security forces has ­increased manifold since the 45-day yatra began on July 1. Barbed wires and barricades are omnipresent. Early in the morning, CRPF personnel inspect the road. Later, the army’s road opening party traverses the highway with mine-­protected and bulletproof vehicles to ­detect IEDs. Army commandos in black ­fatigues keep vigil. The Jammu and Kashmir Police is also assisting the forces in ­security for the pilgrimage.

On the Anantnag route to the base camp in...